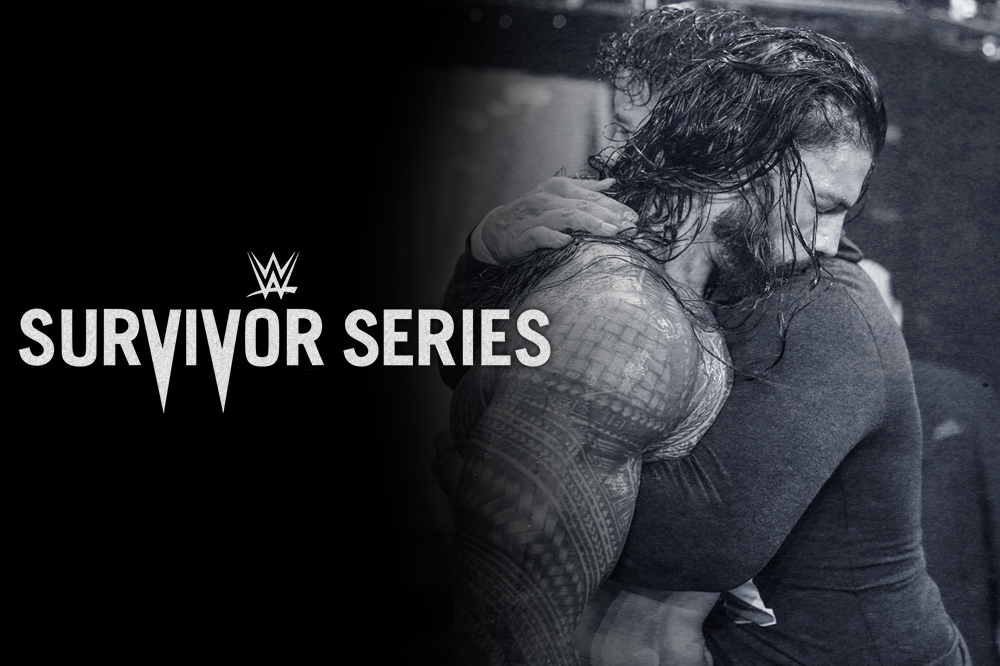 WWE Universal Heavyweight Champion Roman Reigns (along with our boss, his Special Counsel Paul Heyman) continued his hot streak across all WWE brands as he defeated Drew McIntyre via referee stoppage at the 2020 edition of Survivor Series. The victory was not without controversy, as Reigns’ cousin Jey Uso played a heavy part in Reigns attaining victory.

WWE Champion Drew McIntyre proved to be more than just a solid “No. 2” in a breathtaking battle with Universal Champion Roman Reigns, but The Big Dog stood tall at Survivor Series.

Though McIntyre claimed an initial advantage, Reigns bounced back to hammer The King of Claymore Country after sending him into the ring post. Stalking McIntyre, Reigns escalated the punishment when he threw him into the steps.

Reigns’ recent disrespect of the WWE Champion didn’t let up as The Big Dog took every opportunity to deride his opponent. But McIntyre seemed to feed off Reigns’ underestimation, and it blew up in The Big Dog’s face, as his trash talk was met with a blistering Glasgow Kiss, then a Future-Shock DDT.

The Universal Champion fired back with a Superman Punch, but he was outwitted with a never-before-seen counter, as McIntyre rolled through Reigns’ Spear attempt into a Kimura. Reigns eventually broke free, but not before suffering potentially serious damage to his arm.

That wasn’t enough to keep Reigns from slamming McIntyre through the announce table with two Samoan drops before further decimating him with a colossal Spear through the barricade.

McIntyre responded by showing off his resolve, absorbing another big-time Spear back in the ring before kicking out at two.

The WWE Champion countered another Spear attempt with a Claymore, but Reigns collided with the referee, sending him out of the ring in a moment that proved decisive. Reigns took advantage by hitting a low blow before McIntyre was struck by a superkick from The Big Dog’s cousin, Jey Uso.

Reigns finally locked Drew in the Guillotine that he attempted to apply several times earlier, eventually putting the valiant McIntyre unconscious for the win, with no small thanks to Uso, who put himself back in the good graces of The Head of The Table.

We’re HustleTweeting about WWE Survivor Series, and you’re more than welcome to join the conversation on the Hustle Twitter HERE … on our ridiculously sensational Instagram HERE … or on our Facebook page HERE!