The Beast Retains at the Royal Rumble 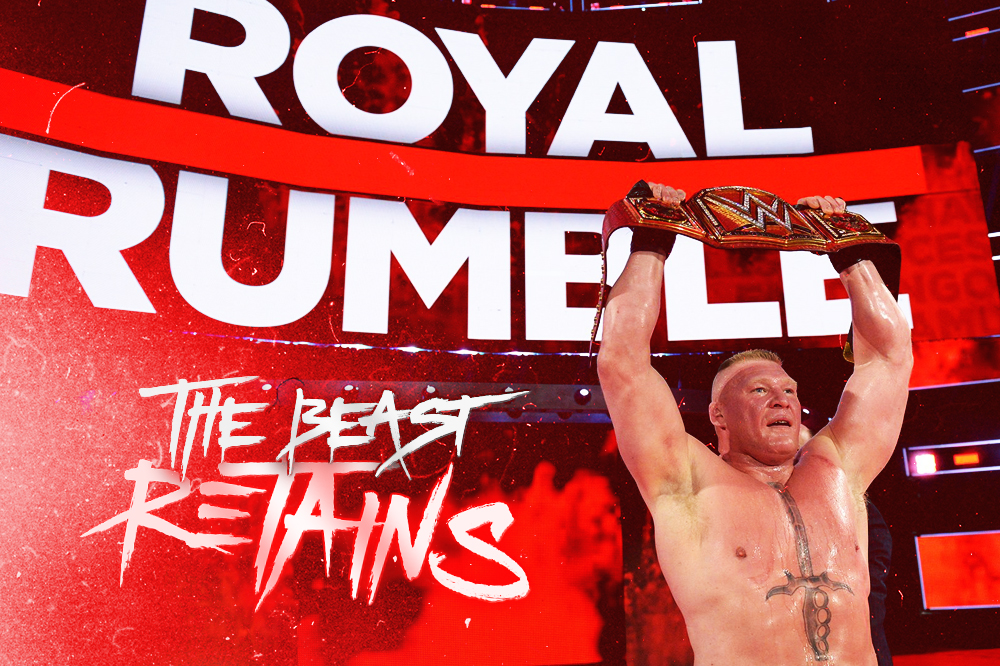 Brock Lesnar successfully defended WWE’s Universal Championship against Braun Strowman and Kane at the Royal Rumble, pinning Kane after an F5 in front of a sold out crowd at the Wells Fargo Arena in Philadelphia. According to WWE.com:

Taking full advantage of the no-holds-barred atmosphere — all-too-appropriate in the birthplace of Extreme — these three juggernauts wielded chairs, tables, and steel steps in the night’s most barbaric clash by far.

After obliterating all three announce tables at ringside, the gladiators, mercifully, reentered the ring, where The Monster Among Men looked to put Lesnar away with multiple ring-shaking Running Powerslams. Strowman seemed primed to end the reign of The Conqueror and claim his first championship in WWE, but The Big Red Machine targeted The Monster Among Men with a succession of steel chair strikes.

After the masked menace knocked a dazed Strowman from the apron to the floor, Lesnar took advantage of the momentary distraction by hitting Kane with a wince-inducing F-5 onto a steel chair. Three seconds later, Lesnar was declared the victor and, by extension, the most dominant titan on Raw.

As Lesnar exited, an enraged Strowman — who somehow made it to his feet after Kane’s barrage — was quick to remind the champion that he hadn’t beaten The Monster Among Men. Lesnar might have his Universal Championship, but Strowman is far from finished with The Beast Incarnate.