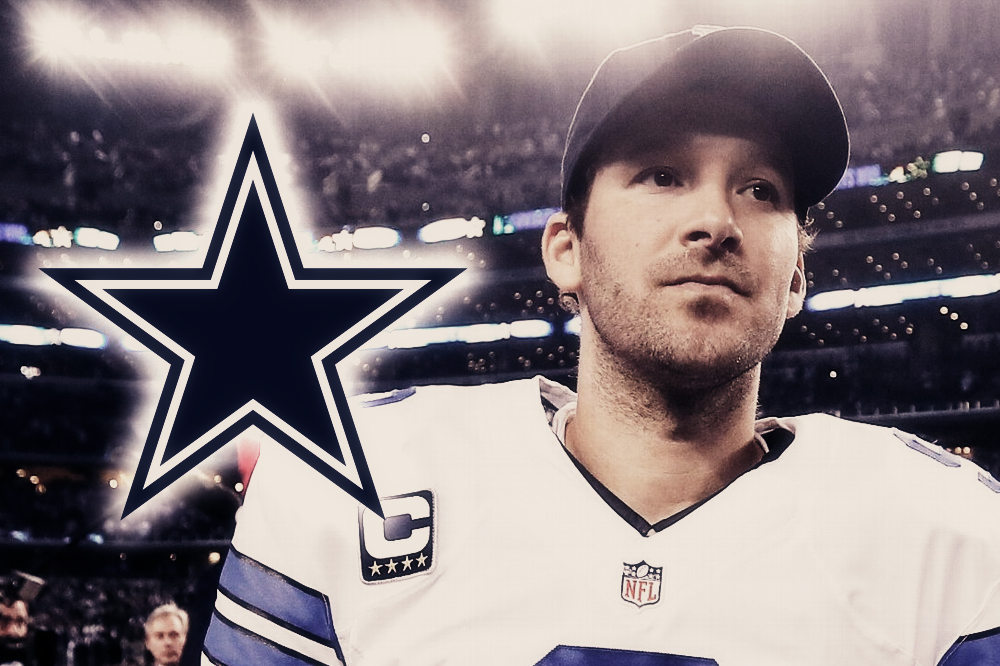 Sources from the Dallas Cowboys as well as the NFL itself have confirmed that Tony Romo has been notified that he will be released by the team tomorrow. Romo will become a free agent for the first time in his career.

If they release him without the designation, the Cowboys will save $5.1 million against the salary cap but will carry $19.6 million in dead money for 2017.

The Cowboys are visiting with veteran quarterback Josh McCown on Wednesday, who would replace Romo as the backup quarterback if he signs with the team. Obviously, just to state the obvious, Dak Prescott is now the starting QB for the Dallas Cowboys.

McCown was one of the Cowboys’ targets last summer after Kellen Moore broke his ankle in the first week of training camp, but the Cleveland Browns’ asking price was too high. McCown, who turns 38 in July, was released by the Browns earlier in the offseason after a two-year run with the club.

The release of Romo, who turns 37 in April, does not come as much surprise, although it was a move that pained owner and general manager Jerry Jones because of the close relationship he forged with Romo over 14 years.

Prescott’s play in 2016, which earned him Offensive Rookie of the Year honors, and the Cowboys’ a 13-3 record in 2016, all but clinched the decision. While the Cowboys could have afforded the $24.7 million salary-cap figure, in reality paying a backup quarterback $14 million made little sense.

Romo’s rise to the top of the Cowboys’ all-time passing chart started as an undrafted free agent out of Eastern Illinois in 2003. He eschewed a larger signing bonus from the Denver Broncos at the time to join the Cowboys.

Then-coach Bill Parcells took an immediate liking to Romo; however, he did not throw a pass in a game until 2006. After replacing Drew Bledsoe at halftime against the New York Giants, Romo made the first start of his career on October 29, 2006, against the Carolina Panthers, throwing for 270 yards and a touchdown in a 35-14 win.

He sparked the Cowboys to a 9-7 finish and spot in the playoffs, but that season ended when he dropped a snap on a potential winning field goal attempt against the Seattle Seahawks in the wild-card round.

In his first full season as the starter in 2007, Romo threw for a then-franchise-record 4,211 yards, a mark he would set twice more in his career, and a franchise record 36 touchdown passes. The Cowboys finished with the best record in the NFC (13-3) but lost in the divisional round of the playoffs.

Romo has a career record of 78-49, but he never was able to get the Cowboys past the divisional round of the playoffs in four playoff appearances. His 34,183 passing yards and 248 touchdown passes are the most in team history, but with Hall of Famers Roger Staubach and Troy Aikman combining for five Super Bowl wins, Cowboys quarterbacks are judged on championships.

Back injuries started to slow Romo down. In 2013, he had two back surgeries, including a discectomy before the season finale. He suffered two transverse process fractures in 2014 but missed just one game in leading the Cowboys to a 12-4 record and NFC East title.

In 2015, he suffered a broken left collarbone against the Philadelphia Eagles and missed seven games. He rebroke the collarbone in his second game back and missed the final five games. The Cowboys went 1-11 without Romo.

After undergoing collarbone surgery last spring, Romo said his back felt as strong as it had in years, but on the third play from scrimmage in a preseason game against Seattle, he was awkwardly driven to the turf by Cliff Avril and suffered a compression fracture in his back.

Disappointed he would not have the chance to win the job back, Romo diffused any controversy with a heartfelt statement backing Prescott upon his return. He served as the backup for the first time since 2006 and saw action in just one game, throwing a touchdown pass on his lone drive in the 2016 finale against the Philadelphia Eagles.

We are HustleTweeting about this breaking news on Tony Romo, and you’re more than welcome to join the conversation by following the Hustle Twitter HERE and also liking our hyper-interactive Facebook page HERE!