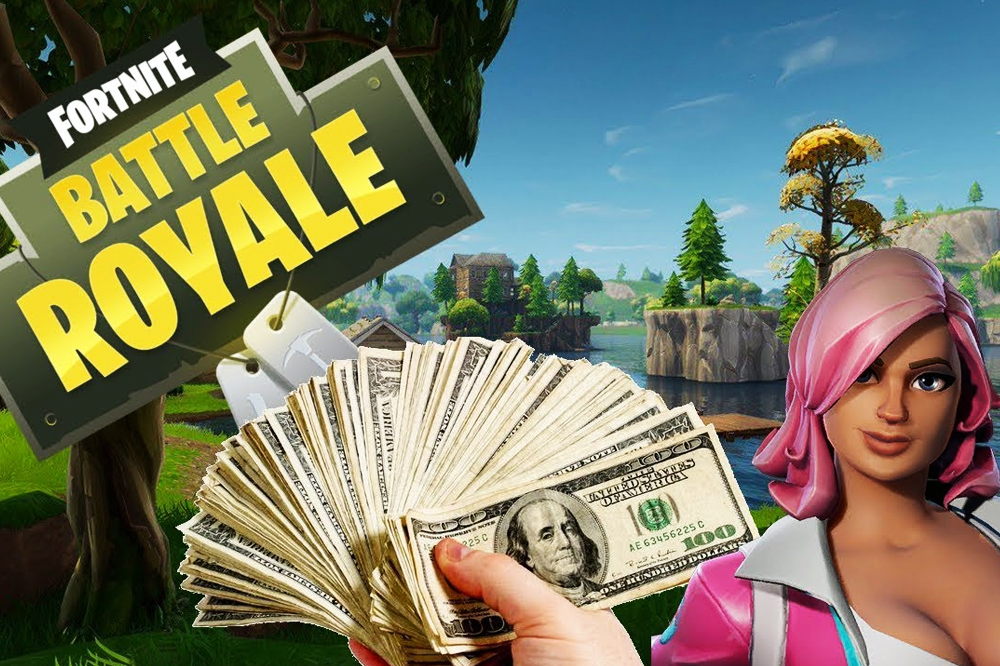 Bodyguards. What did you think we were going to say?

It’s gettin’ wild in the world of Fornite, as the latest fad has players paying for game guides who will play alongside someone for a fee. While Epic Games has yet to confirm this, reports from last month described the game’s total take in March as $223 million, earning the single highest revenue for a console title and fifth-highest for PC. All this for a game that is, essentially, free to play.

With its main competitor, PlayerUnknown’s Battlegrounds, which it jockeys with for total views on Twitch (and wins, at that), the game has become an ubiquitous online competitive presence, racking up record-breaking daily hours from high-paid streamers and alike. And now, a new interview with Aaron Hobson – a successful Fortnite player who joins people’s games and provides them with game tips, guidance, and teamwork to help them fare better – has shed some light on the new money-making scheme.

While there have been a variety of ways to make money in online games before, ranging from gold-farmers and leveling bots to individuals hired to outright level up players’ characters, Aaron Hobson’s work is different. According to his interview with BBC, Hobson earns up to £20 an hour to team-up with certain players and show them the ropes of the game. At that pay rate, TomFrake claims he works the equivalent of a 9-5 job to get by, but he appears to thoroughly enjoy the experience, seeing his contributed time as comparable to that of a teacher.

It makes sense that Fortnite provides this kind of financial opportunity for gamer-coaches like TomFrake. With a myriad of people playing the game on consoles, PC, and mobile, an enormous population of gamers are entering Fortnite every day for the first time, surely welcoming some affordable assistance, at least while they’re starting out. This particular Fortnite bodyguard’s employer also reportedly takes pains to prevent any player under 18 years of age from paying for these types of services.

Multiplayer games often have some kind of skill barrier for entry, presenting a challenge which may derail some of them from the widespread appeal of a title like Fortnite. With some assistance from paid gamers like Hobson, even newcomers might be able to secure a rare win on the servers. Plus, a little bit of coaching may set the groundwork for a future in video game streaming or some other lucrative opportunity, which is more accessible in the Battle Royale genre since there isn’t a matchmaking service based on skills yet.

With Call of Duty: Black Ops 4 prepping a proper Battle Royale component this year, the game-type looks to be a defining aspect to modern shooters. Maybe game bodyguards like TomFrake will end up re-contextualizing the phrase “pay to win.”