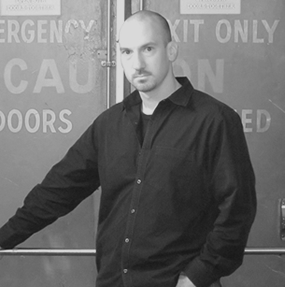 He’s on a first name basis with the most powerful execs, behind the nation’s biggest chart-topping smashes…

He is the captain of Team G.I. D. and would rather work than eat… sleep… or chill.  He would be Manhattan’s most eligible bachelor, if he only allowed himself the time to date… and when he finally takes a night of from his day/night job, he guest bartends at the Public House.

His name is Marc Rivieccio and he’s a man who Get’s It Done.

Upon graduating from college, Marc started as an intern for a major Radio Company in New York.  He quickly caught the eye his Bosses rising to Director of Promotions.

Did we mention he loves his work?

The night we came to visit him at the Public Hose, there was a line around the block of people clambering to be served a mixed drink by the guy who gives the Dos Equis man a run for his money.

It was a great NYC night who a guy who is one righteous NYC Dude.

Watching the life he leads,  is Marc not a realty show waiting to happen?

Mitchell Stuart is the co-founder of The Looking 4 Larry Agency and Executive Producer/Director of The Heyman Hustle. To keep up with Marc Rivieccho’s adventures follow him on twitter at http://twitter.com/#!/MarcRivieccio

We’re HustleTweeting about Marc, and you’re more than welcome to join the conversation by Followng THE HEYMAN HUSTLE on Twitter HERE or write to us at hustleoncrave@gmail.com