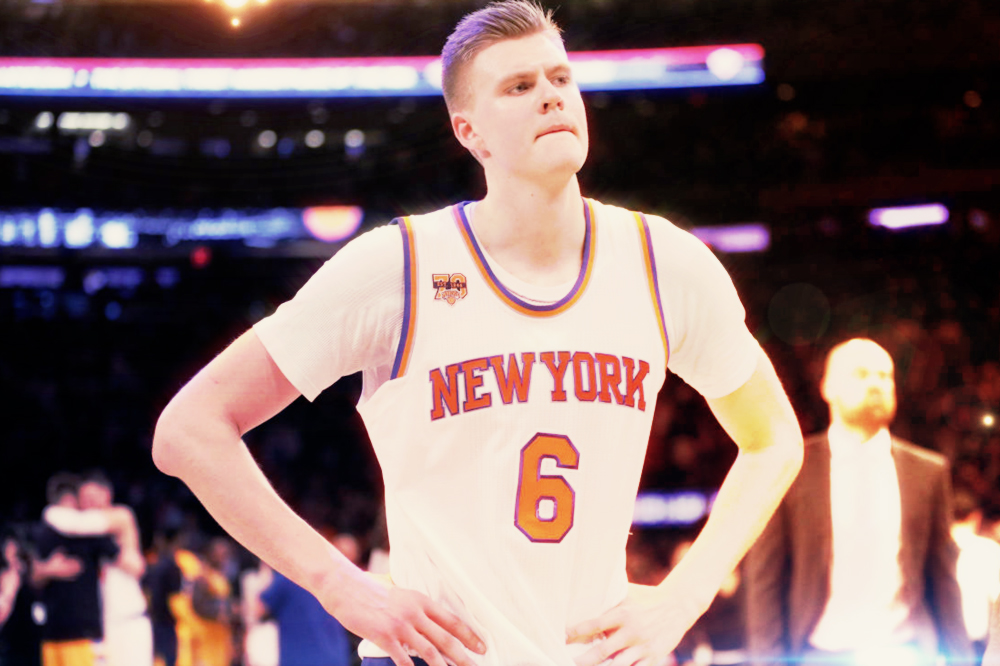 New York Knicks president Phil Jackson has caused an uproar by confirming what Knicks fans were hoping was only a rumor … the team is considering trading superstar forward Kristaps Portingis. Jackson appeared on MSG Network’s “New York Knicks Live” to address the state of the team and the recent rumors, necessitated by the fact that on Tuesday, Adrian Wojnarowski of The Vertical reported that Jackson has been weighing the possibility of trading Porzingis. Jackson recently met with Arizona forward Lauri Markkanen, who the Knicks could select with the No. 8 overall pick in Thursday’s draft.

The Knicks have received several calls about Porzingis already, according to ESPN’s Ian Begley. Jackson confirmed those calls.

“We’re listening but we’re not intrigued yet at this level,” Jackson told MSG.

Jackson said that in his time coaching that he has never had a player skipped a meeting and was surprised because he’s had a good relationship with Porzingis.

“As much as we love this guy, we have to do what’s best for the club,” Jackson added.

Wojnarowski adds that the Knicks have been shopping Porzingis around for a possible top-four pick to land Josh Jackson.

Porzingis skipped his season-ending exit meeting with the Knicks front office. The Knicks have not made any attempt to reach him while the forward spends his off-season in Europe, according to The Vertical.

Both Chris Mannix of The Vertical and Zach Lowe of ESPN report that teams are skeptical whether the Knicks actually intend to trade Porzingis, given how high their asking prices have been in deals.

Porzingis finished his second season with the Knicks and is averaging 16.1 points and 7.3 rebounds in his career.

We’re HustleTweeting about Porzingis vs Jackson, and you’re more than welcome to join the conversation on the Hustle Twitter HERE and also on our hyper-interactive Facebook page HERE!