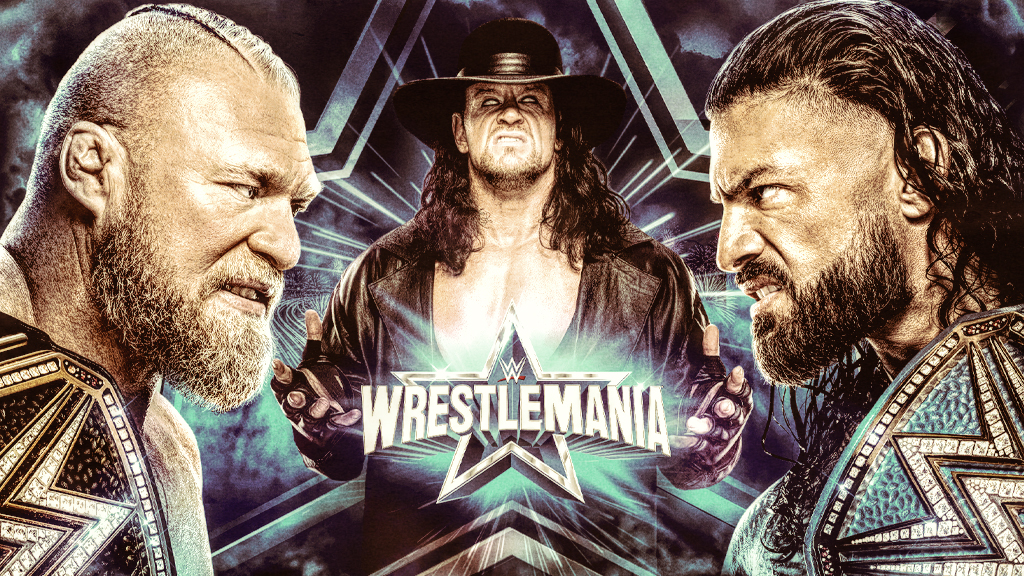 2022 Hall of Fame Inductee The Undertaker has weighed in on the Biggest WrestleMania Match of All Time, the Winner Take All showdown that pits WWE Universal Heavyweight Champion Roman Reigns (with our boss, his #SpecialCounsel Paul Heyman) against WWE Champion Brock Lesnar in a title unification match.

We’re HustleTweeting about The Undertaker (and WrestleMania), and you’re more than welcome to join the conversation on the Hustle Twitter HERE … on our ridiculously sensational Instagram HERE … or on our Facebook page HERE!