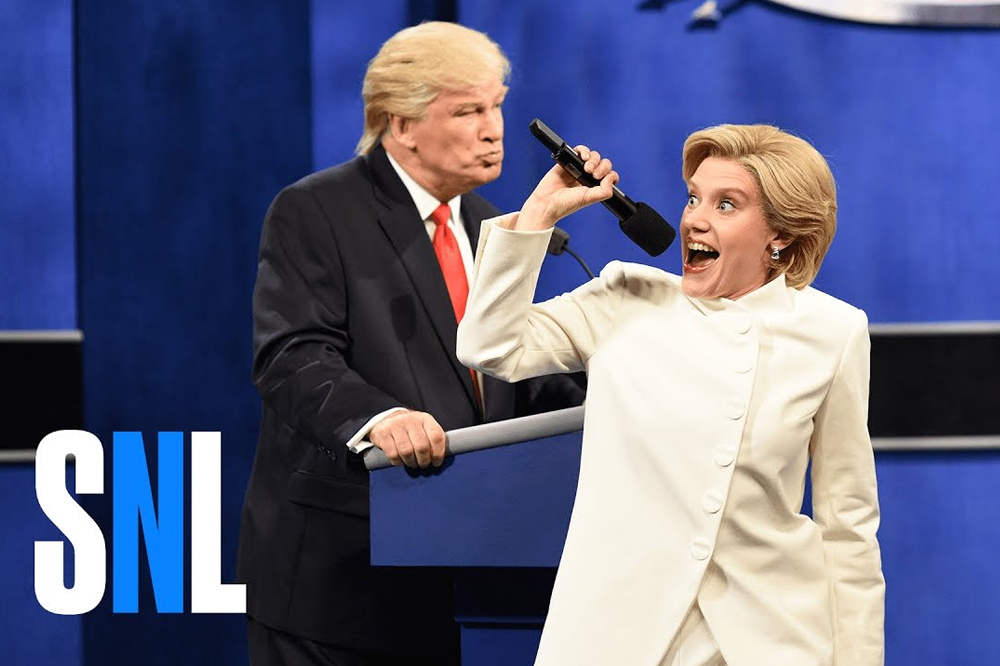 “She can brag about her resume, but I’m the one who has got all the heavy hitters supporting me,” Baldwin spoofed. “I’ve got the cream of the crop. I’ve got Sarah Palin. I’ve got Chachi. And get this, I’ve even got the best Baldwin brother … (dramatic pause) … Stephen Baldwin.”

“What do I think about Alec Baldwin’s impersonation of Trump and ‘SNL’ and all they’re doing?” bro Stephen Baldwin seethed to CBS News last week. “I don’t think it’s very funny. I don’t think there’s anything funny about this election.”

In their latest skit, McKinnon and Baldwin poked fun at the final debate’s interesting phrases such as “bad hombres” and “nasty woman.” McKinnon’s Clinton reacted to Trump’s “bad hombres” remark by exclaiming she “got a Bingo” while pulling out a board filled with some of Trump’s famous lines.

But when asked by Hanks’ Wallace about her campaign’s hacked emails, McKinnon mocked Clinton’s ability to pivot away from the issue.

“So you’re just never going to answer a question about your email?” Hanks asked.

“No, but it was very cute to watch you try,” McKinnon responded.

In their closing remarks, McKinnon said, “Americans have an important decision to make. Between the two of us, who do you choose to be your president, the Republican, or Donald Trump.”

Baldwin said, “On November 9, make sure to check out Trump TV. You’re going to hate it.”