Tim Tebow Steps Up To The Plate 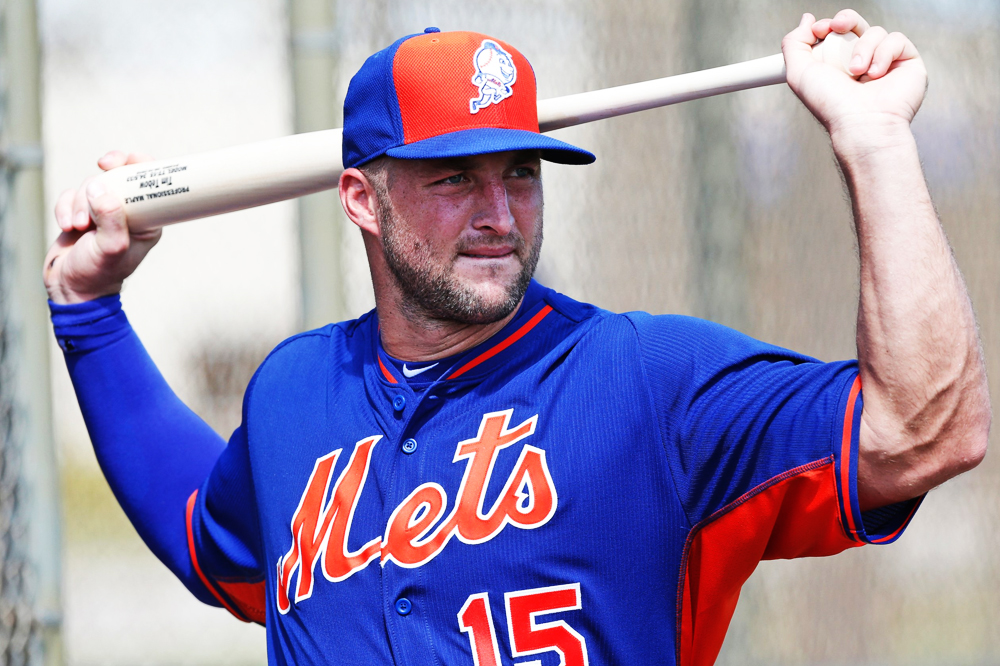 After a short career in the NFL, Tebow has been trying his luck at the sport of baseball. Many have doubted why he is taking an attempt at a different career after having no college experience. However, after an open tryout for multiple teams, the New York Mets invited him to their Instructional League.

Tebow graciously accepted their offer and donned the blue and orange uniform for his first game on Wednesday. He took his steps into the box and did what he has done before and surprised a lot of fans, critics and even himself by hitting a homerun over the left field fence. The pitch came off of St. Louis farmhand John Kilichowski, who was selected in the 11th round of this year’s draft. In 11 games Kilichowksi posted a 3.38 ERA in 11 starts for both Stage College and low-A Peoria. Tebow at 29 years of age is one of the oldest players in the Instructional League but he has already shown his athletics background is one step ahead of others.

There is a big group of people in the sports world that want to see him fail due to either not having the experience, the attitude that he shouldn’t carry, and a hint of jealously. It has been a part of Tebow’s professional career going back to his football days when he was drafted by the Denver Broncos in 2010.

It was an up and down short career with many critics continuing to badger him after a bad game. However, he also has pointed to his religious beliefs to think positive and get him through the negative times. Now entering the world of professional baseball again he is faced with many questions and so far very little verbal answers. Tebow recently talked to Sports Illustrated regarding his new venture.

“This isn’t a publicity stunt, and it’s definitely not for money,” he said. “This is a pay cut for me to do this. I understand how hard this is and that a lot of people think it’s impossible. But [I am] passionate about the game of baseball. I love it, and I want to pursue it. Are you going to let the fear of failure or not making it get in the way of that? For me, failure is not going after it and letting the chips fall where they may. I want to be someone who goes all out and pursues what I love.”

You can’t fault a man for chasing his dreams and going after something he believes in. Many will question still why even after multiple statements, but in the end he will continue to push through on what he sees as his life path. It bothers many but the man has always had the work ethic and will to be the best he can be.

So if he steps up to the plate and strikes out ten times or homers fours time in game, the questions will still linger. But in the end it doesn’t matter but the man donning that uniform and going after another dream.

He has already hit the mental baseball out of the park and hopefully more to come in the physical aspect.

HUSTLE DISCLAIMER: Ted Gruber is a sports and entertainment reporter from Chicago who has written for FanSided.com, RedeyeChicago.com and ChicagoNow.com. This is his first guest column for THE HEYMAN HUSTLE. No animals were injured during the writing nor posting of this story. At least not to our knowledge.

We are HustleTweeting about Tim Tebow, and you’re more than welcome to join the conversation by following the Hustle on Twitter HERE or by hitting LIKE on our hyper-interactive Facebook page HERE!