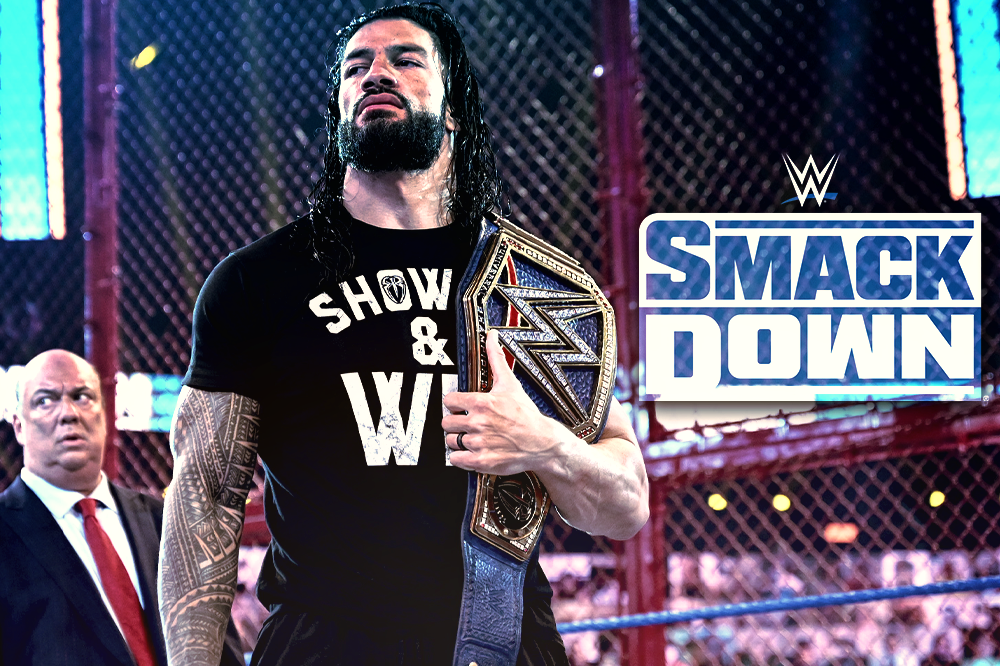 The consequences have been spelled out by Roman Reigns. And those consequences are indeed dire for both Roman and his cousin, Jey Uso, as WWE gets ready for this weekend’s Hell in a Cell pay per view event.

Universal Champion Roman Reigns came to the ring ready to lay out the consequences of Jey Uso facing him in Sunday’s Hell in a Cell “I Quit” Match. Instead he got Jimmy Uso, wearing a mask so he looked like his brother, appearing on the TitanTron to reveal himself to be at Reigns’ suite. This infuriated The Big Dog long enough for Jey to launch a sneak attack from behind and hit Reigns with a superkick and an Uso Splash to humiliate his cousin en route to Sunday’s Hell in a Cell showdown.

As The Usos celebrated up the ramp, a fuming Reigns laid out the consequences of Hell in a Cell. Namely, that if and when Jey quits, he will fall in line and do what The Tribal Chief tells him. And if he didn’t, he, Jimmy Uso, Naomi, their children and their children’s children would all be out!