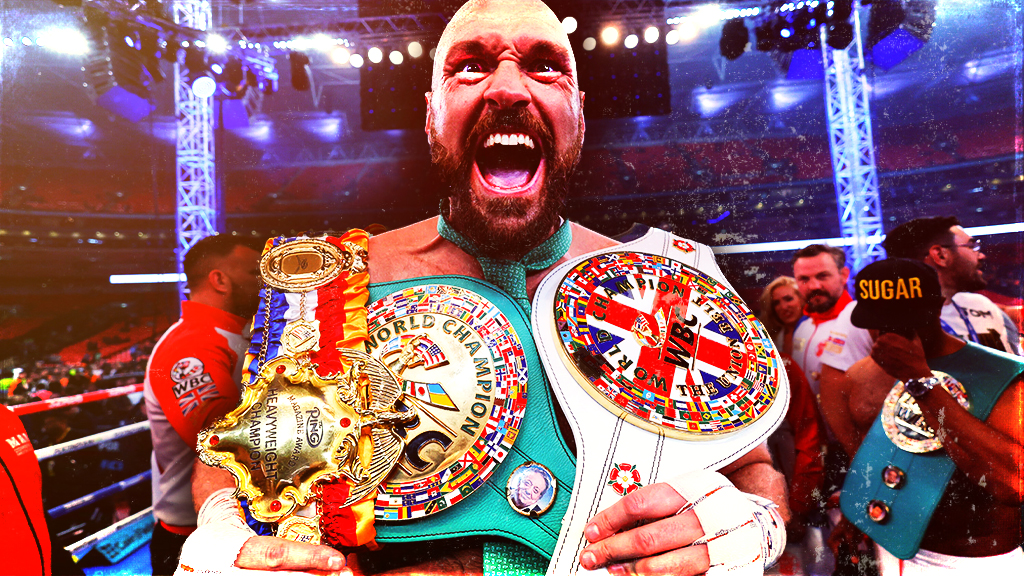 Tyson Fury crushed Dillian Whyte with a declarative TKO in the sixth round of their World Heavyweight Boxing Championship match, as 94,000 fans went absolutely bonkers seeing Fury, who talked about this being his final fight, remained unbeaten, scoring his 32nd win in his 33-fight professional career (he’s 32-0-1).

“This might be the final curtain for the Gypsy King,” Fury said in the ring, with his WBC and Ring Magazine titles draped around his massive shoulders. “What a way to go out.”

And then he promoted his potential next fight.

Fury brought UFC Heavyweight Champion Francis Ngannou over to the ESPN microphone. It was a surreal moment as Ngannou declared, “We are going to find out who the baddest motherfucker on the planet is!”

Fury added, “This is going to be one very special fight, like never before seen in the history of our sport. We’re not talking about two light guys. I’m 270, he’s 270 pounds. It’s going to be an explosive fight when it happens.”

We’re HustleTweeting about Tyson Fury, and you’re more than welcome to join the conversation on the Hustle Twitter HERE … on our ridiculously sensational Instagram HERE … or on our Facebook page HERE!