Wanna Go To WWE WrestleMania 33? Well here’s your chance! All you have to do is enter the WWE 2K17 Sweepstakes at a GameStop near you!

So, what do you have to do? Well, it’s actually very easy. Visit a participating GameStop store (open to U.S. residents only) and take a photo with the WWE 2K17 Brock Lesnar Standee. Then, tweet it out with the hashtags #GameStop2K17 and #Sweepstakes and make sure you’re following @WWEgames on Twitter. And guess what? You’re officially entered!

The winner will receive two tickets to WWE WrestleMania 33 (which takes place on April 2, 2017), airfare, hotel, $500 in spending money, and transportation to and from the airport and hotel.

So, the time is RIGHT NOW to get over to a GameStop today and enter the sweepstakes. You only have until July 24th before it’s over.

Here’s some legal mumbo jumbo that’s actually important, even though it’s annoying. But it’s something 2K Sports insists The Looking4Larry Agency posts, so read it carefully …and then bolt out the door over to GameStop … and don’t forget to take the selfie!

We’re HustleTweeting about GameStop’s WWE 2K17 Contest, and you’re more than welcome to join the conversation on the Hustle Twitter HERE and also on our hyper-interactive Facebook page HERE!

In this article:featured, wrestlemania, WWE 2K17 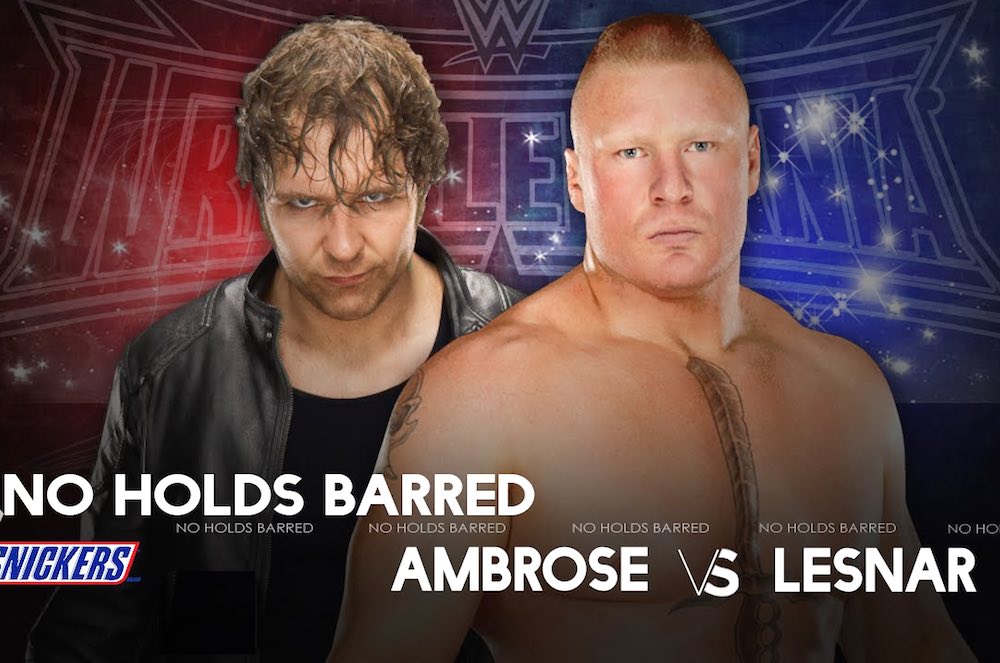