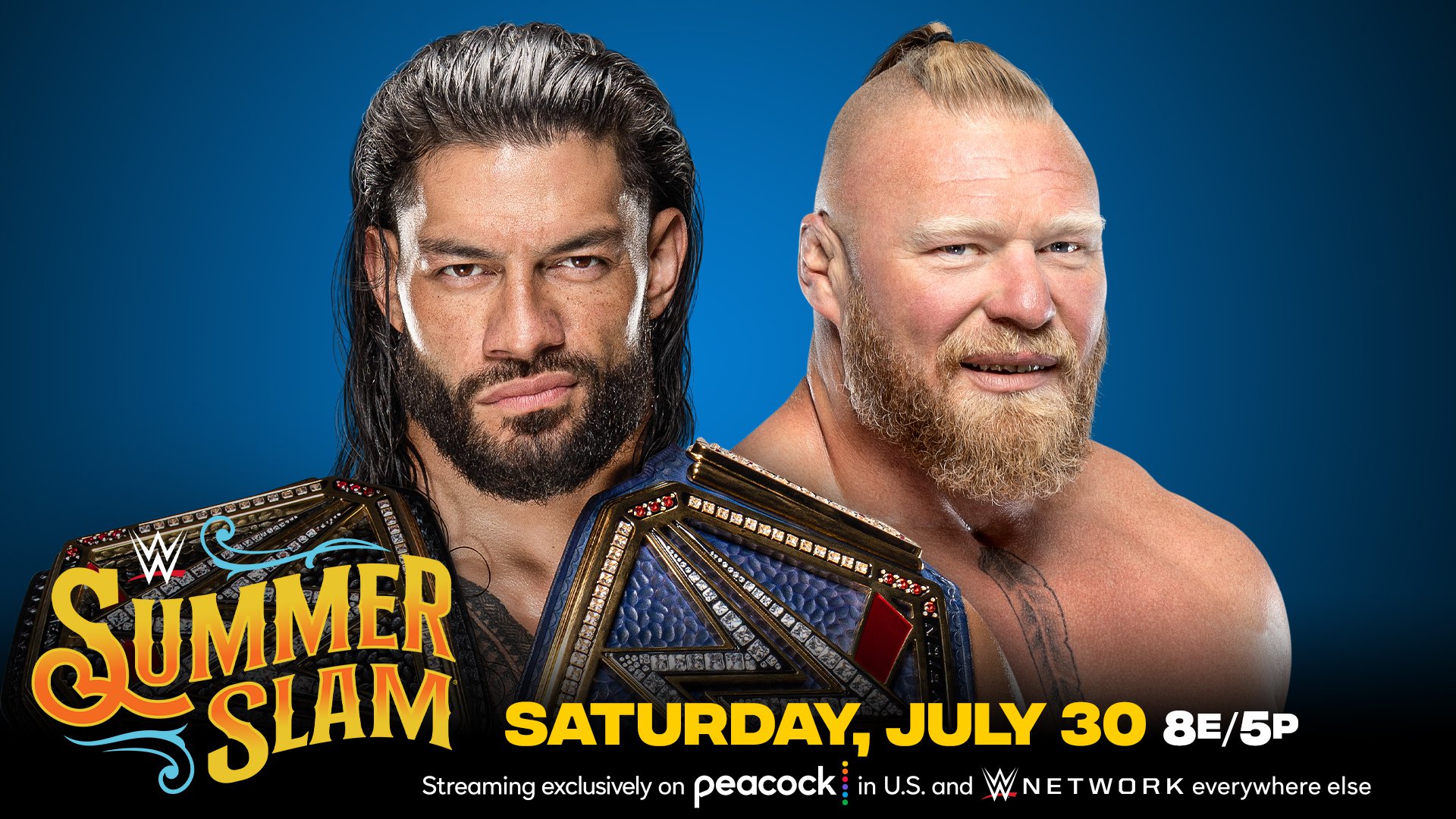 How can Roman Reigns survive this challenge?

BRRRRRROCK LESNAR, challenging Reigns for the Undisputed Championship, in a Last Man Standing Match? Clearly, the longest title reign of the past 35 years is in deep jeopardy!

The Beast is back, and he’s looking to knock Roman Reigns off the top of the WWE mountain.

The Head of the Table toppled Brock Lesnar at WrestleMania 38 to unify the titles and make history as the first-ever Undisputed WWE Universal Champion. In their first showdown of 2021, Reigns used an assist from Paul Heyman to battle off the title challenge from Lesnar at Crown Jewel. Now the two goliaths are set to clash for a third time in a Last Man Standing Match at SummerSlam.

The leader of The Bloodline successfully defended his Undisputed WWE Universal Championship against Riddle on the blue brand, but the return of Lesnar shook the WWE Universe to its core.

Who will stand above the wreckage when Reigns and Lesnar meet in Nashville at The Biggest Event of the Summer?

Find out at SummerSlam, streaming live on Saturday, July 30, at 8 ET/5PT on Peacock in the United States and WWE Network everywhere else.