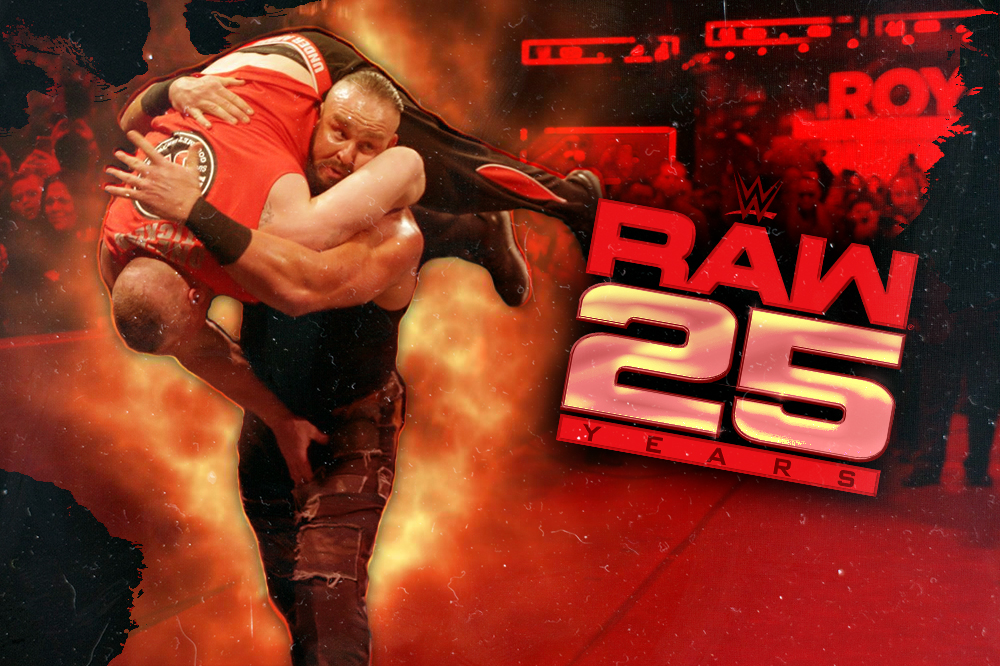 WWE Monday Night RAW‘s 25th anniversary ended in wild fashion, as World Wrestling Entertainment heads into the Royal Rumble this Sunday in Philadelphia, where Brock Lesnar (accompanied by his Advocate, our boss Paul Heyman) will defend the Universal Title against both Braun Strowman and Kane. According to WWE.com:

Raw General Manager Kurt Angle had been fielding appearances from Superstars and Legends of all stripes throughout Raw 25, but after presiding over some benign shenanigans, The Olympic Hero had to deal with earth-shaking intensity when Universal Champion Brock Lesnar, Braun Strowman and Kane met in the ring in the show’s final moments — and six days out from their Triple Threat Title Match at Royal Rumble.

With Superstars and Legends surrounding the ring, ostensibly to provide security, Strowman and Kane were refrained from throwing down, but as Paul Heyman announced, Lesnar had arrived on Raw 25 for the express purposes of a fight. As such, the assembled Superstars made themselves scarce as the three behemoths brawled. The Beast quickly clotheslined Strowman on the ramp and dispatched Kane with a thunderous F-5, but The Monster Among Men answered by planting Brock through the commentary table with a Running Powerslam. That was enough for Raw 25, but as everyone who knows Braun Strowman is aware, he’s not finished with either of them yet.