WWE Monday Night RAW Kicks Off with a Bang ... and an F5! 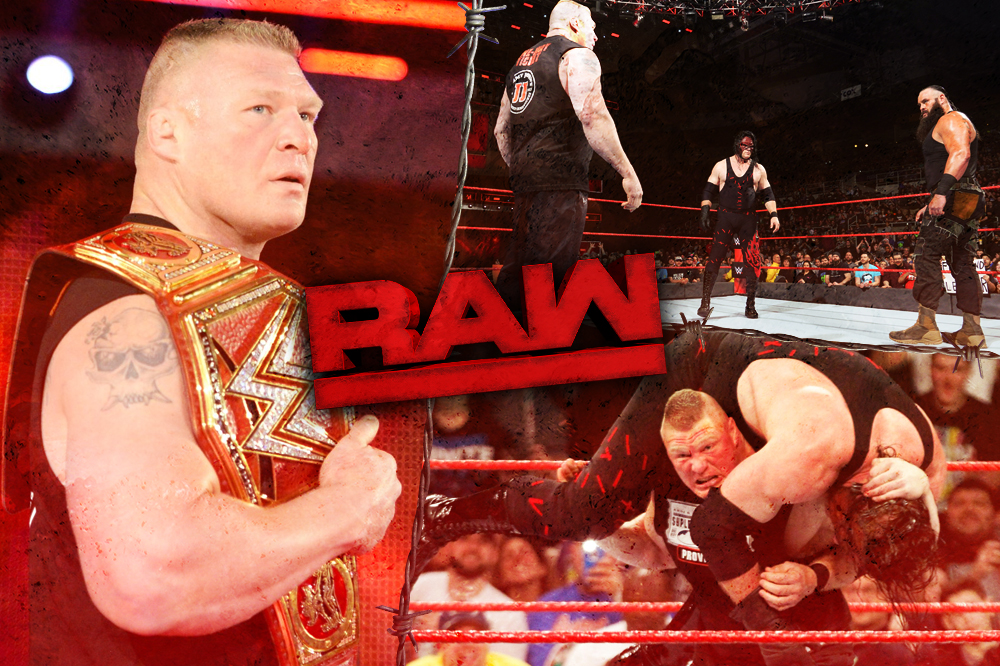 So, who is going to challenge Universal Champion Brock Lesnar for the title at the annual WWE Royal Rumble mega-event? RAW General Manager came out to the ring at the very start of Monday Night RAW, and we got the answer sooner than expected. According to WWE.com:

After Braun Strowman and Kane battled to a double count-out in a match that was supposed to determine which of them would challenge Brock Lesnar for the Universal Title at Royal Rumble, the two giants came to Raw demanding a championship match come January. Unwilling to let the decision happen without his “input,” Lesnar — with Paul Heyman in tow — confronted Strowman and Kane right as they were making their cases to Raw General Manager Kurt Angle.

But before Lesnar could throw down with Raw’s resident colossi, The Olympic Hero declared on the spot that Brock would defend his title against both Strowman and Kane in a Triple Threat Match and left the ring immediately before the physicality started. When it did, Lesnar got the better of both Braun and Kane, though The Big Red Machine sat right up following the F-5 that temporarily put him down.