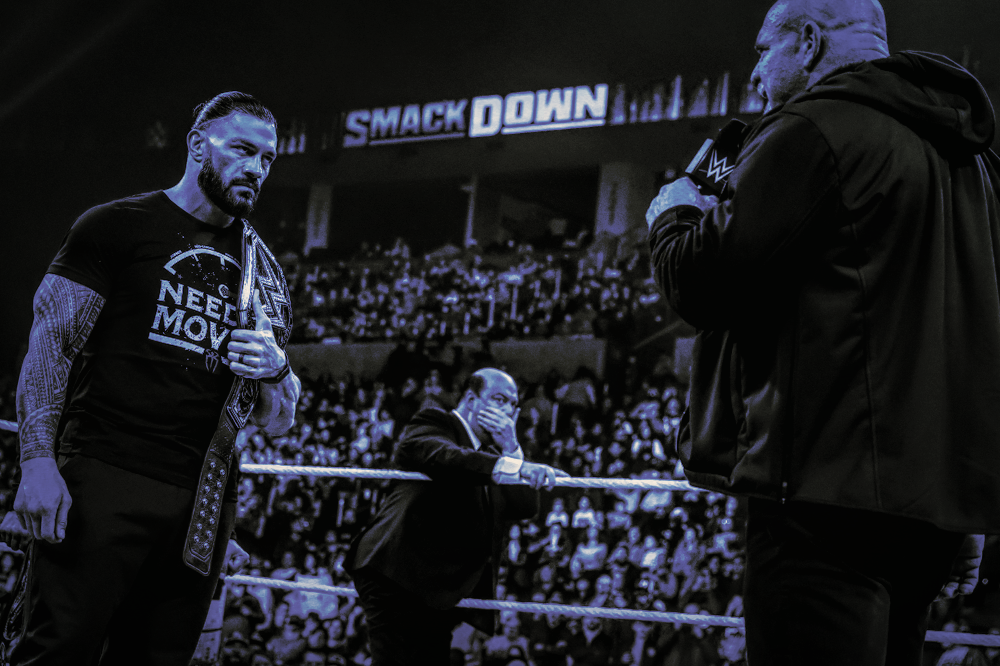 Our boss Paul Heyman solidified his departure as #Advocate for Brock Lesnar and his return to the position of #SpecialCounsel for WWE Universal Heavyweight Champion Roman Reigns at the top of this week’s edition of Smackdown. But that’s not all that happened! According to WWE.com:

In the wake of Royal Rumble, Universal Champion Roman Reigns returned to SmackDown on the 522nd day of his illustrious reign flanked by his reestablished Special Council Paul Heyman and the rest of The Bloodline.

Heyman kicked things off by giving an extremely impassioned speech in which he explained why he associated with Brock Lesnar after being fired by Reigns, why he chose to betray The Beast at Royal Rumble and why he had realigned himself with Reigns. He finished by insisting that The Beast will acknowledge Reigns at WrestleMania.

Before the The Head of the Table could move on, he was suddenly interrupted by the shocking emergence of Goldberg! The WWE Hall of Famer made it clear that he “acknowledged” Reigns… as his next opponent in a match they were originally supposed to have at WrestleMania 36. Regarding WWE Elimination Chamber, he declared to Reigns, “You’re next!”