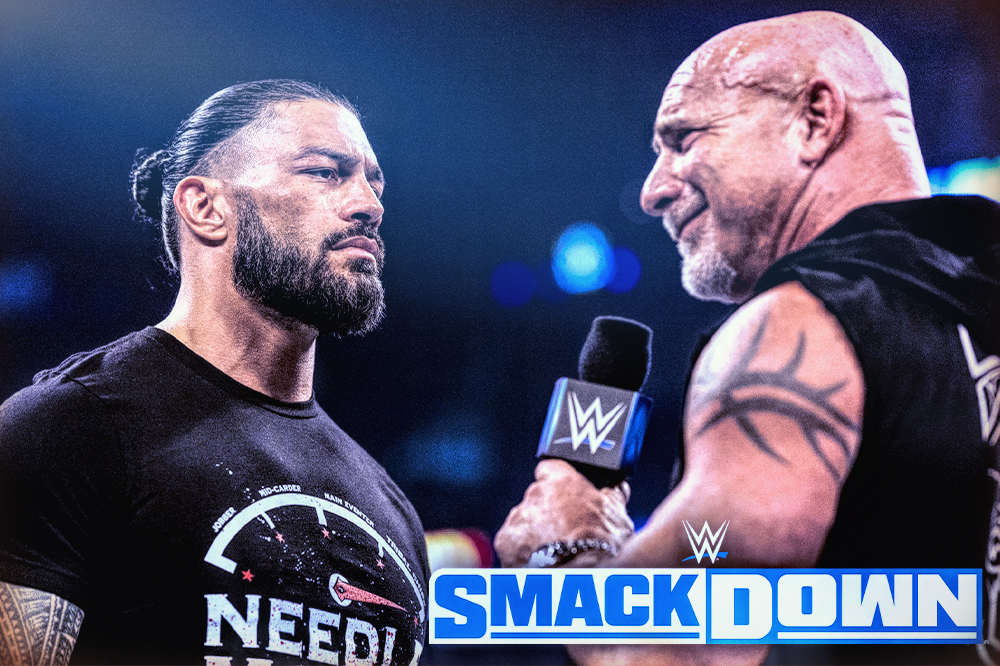 The Longest Reigning WWE Universal Heavyweight Champion of all time, Roman Reigns and our boss, his #SpecialCounsel Paul Heyman took center stage for a face-to-face moment with Goldberg before their years-in-the-making clash at WWE Elimination Chamber in Jeddah, Saudi Arabia.

Before Roman Reigns’ Universal Title Match against Goldberg at Saturday’s Elimination Chamber Premium Live Event in The WrestleMania Match that Never Happened, Special Council Paul Heyman pontificated on the greatness of The Head of the Table during the 536th day of his illustrious reign.

Reigns was soon interrupted by Goldberg, who apologized to the WWE Universe for saying that Reigns was “next.” Instead, he said that when it comes to the Universal Championship, he’s next!