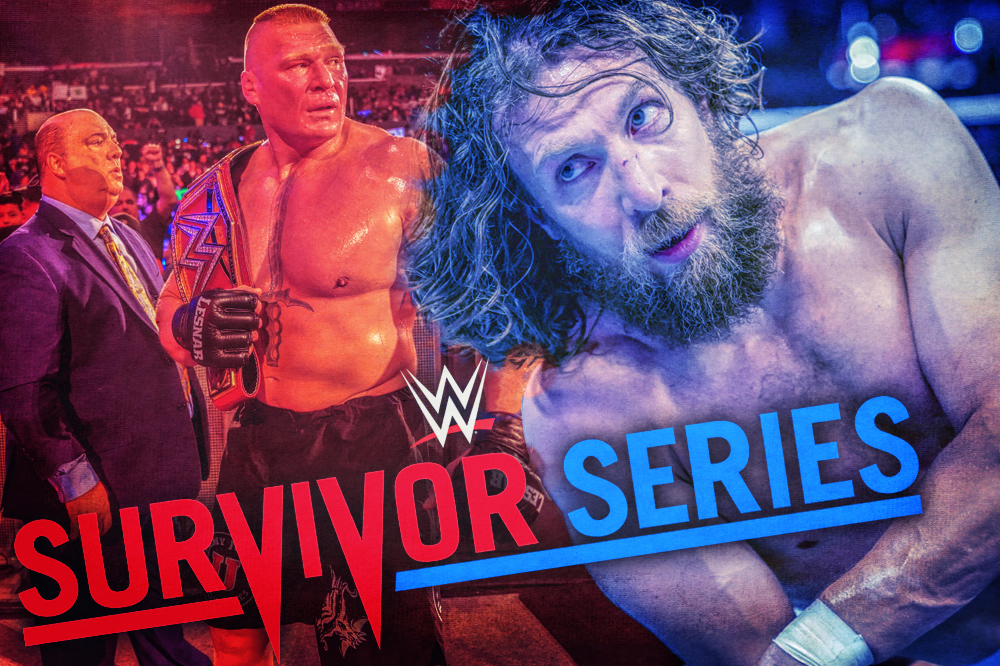 Universal Champion Brock Lesnar (accompanied by his Advocate, our boss Paul Heyman) bested WWE Champion Daniel Bryan in a thrilling encounter as the main event of the 2018 edition of Survivor Series, live from the Staples Center in Los Angeles, California. According to WWE.com:

A new attitude wasn’t enough to propel new WWE Champion Daniel Bryan to victory in a genuine dream match against Universal Champion Brock Lesnar — but it was pretty close.

Thanks to a low-blow behind the back of a frazzled ref, the folk-hero-turned crazy-eyed sadist turned the two-time Universal Champion into a purple, writhing mess. Bryan landed a pair of Running Knees and slowly whittled The Beast Incarnate down until he was able to apply the “Yes!” Lock square in the middle of the ring. It was a remarkable turnaround for Bryan from the early goings of the match, where the five-time World Champion ill-advisedly tried to goad Lesnar into a fight, hoping, perhaps, to rile The Beast up to the point where he might make a mistake.

Whatever plan Bryan had in place, it didn’t work, though, as The Beard got caught in Suplex City and found himself mercilessly tossed around the ring like a sack of potatoes. While Bryan had the look and pose of a post-collision crash-test dummy, the Universal Champion grew so bored with his own dominance (Paul Heyman, by contrast, looked horrified) that he let Bryan up after the first F-5 of the match, extending the punishment but inadvertently opening the door for the WWE Champion’s comeback. Bryan’s boot caught the ref when Lesnar attempted a second F-5, and The “Yes!” Man unleashed a field-goal low-blow, literally kick-starting the rally.

And regardless of the cheap shot that started it, the sequence was, by any standard, a legitimate comeback. Bryan didn’t just press the Universal Champion, he began to steadily dismantle him, targeting Lesnar’s knee and shaking off whatever damage The Beast inflicted on him to keep the match, shockingly, in his advantage. The knee work paid off when Lesnar crumbled during an F-5 attempt, allowing Bryan to apply the “Yes!” Lock that almost sealed the match.

But much like AJ Styles and so many others before him, “almost” was as close as Daniel Bryan could get. Lesnar writhed free of his opponent’s hold and, despite Bryan briefly countering with a triangle, The Conqueror hoisted the WWE Champion onto his shoulders, hit the F-5 and secured one of the more hard-fought wins of his career. Looking somewhat shell-shocked, Lesnar and Heyman walked back up the ramp in a daze, neither seemingly sure of how The Beast had found himself in a fight nor how he managed to win it.

The last image of Brock Lesnar at Survivor Series was a nod of appreciation as he made his exit. The last image of Daniel Bryan was a wild-eyed grin as he stirred to life. Clearly, the WWE Champion would do this dance again if given the opportunity. And the Universal Champion might just agree.

We’re HustleTweeting about Brock Lesnar vs Daniel Bryan, and you’re welcome to join the conversation on the Hustle Twitter HERE and also on our hyper-interactive Facebook page HERE!