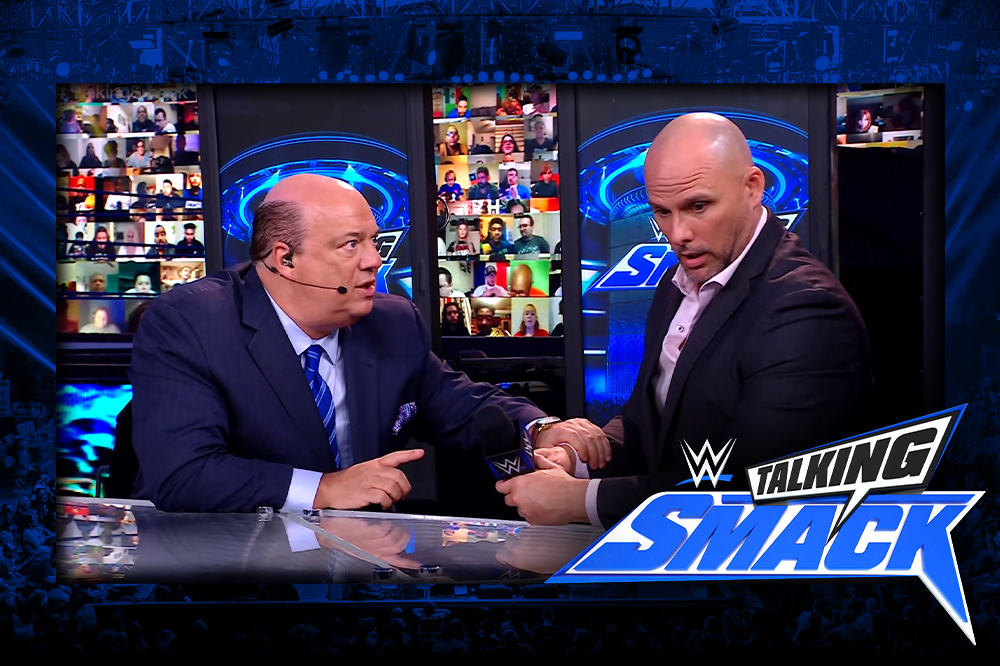 Our boss Paul Heyman, acting in his capacity as #SpecialCounsel to the current WWE Universal Heavyweight Champion Roman Reigns, confronted WWE Official Adam Pearce about Pearce’s controversial decision that the main event of WrestleMania will not be a Triple Threat Match in which Reigns will defend the title against Edge and Daniel Bryan.

We’re HustleTweeting about #TalkingSmack, and you’re more than welcome to join the conversation on the Hustle Twitter HERE … on our ridiculously sensational Instagram HERE … or on our Facebook page HERE!