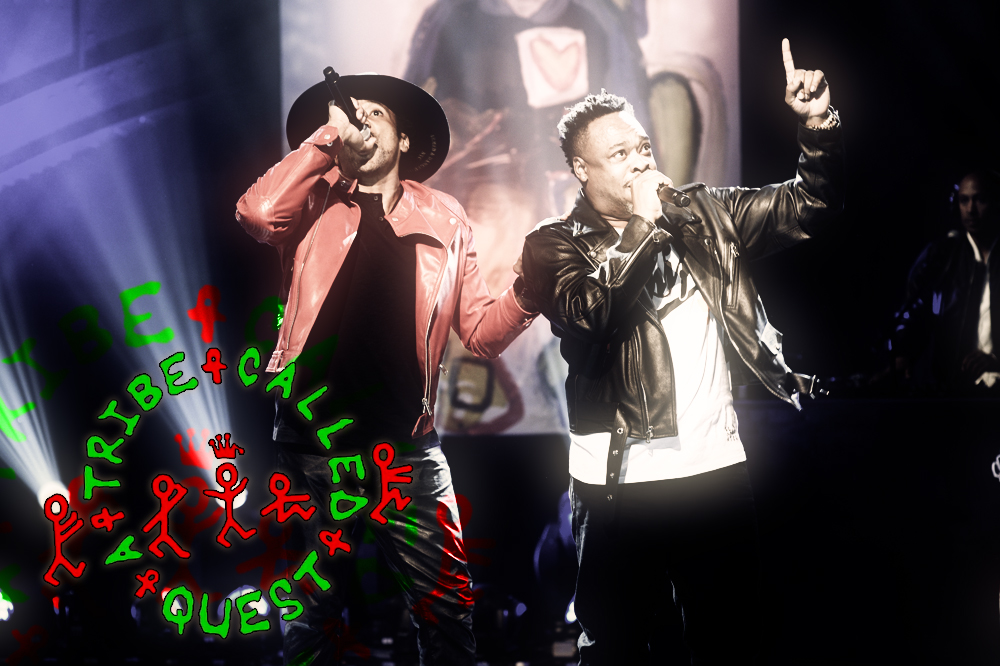 A Tribe Called Quest gave their first televised performance in a year last night on Saturday Night Live. The legendary hip-hop group, who released their first album since 1998 “We Got It from Here… Thank You 4 Your Service” on Friday, were also playing live for the first time since group MC Phife Dawg died in March.

On last night’s show, which was hosted by comedian Dave Chappelle, Q-Tip, Jarobi White and Ali Shaheed Muhammad took to the stage twice as the musical guests. The group played two songs from their new and final album, “We Got It From Here” featuring a guest contribution from Busta Rhymes and Consequence.

During the performance of “We The People…”, the group revealed a backdrop that depicted Phife as his verse played.

“We Got It From Here…” was made on the momentum from ATCQ’s successful live comeback on The Tonight Show with Jimmy Fallon last year, with the group reuniting to record their first album together since 1998’s “The Love Movement”. After Phife’s passing in March, the group continued to finish the album, using rhymes and “the blueprint” left behind by the late MC.

We’re HustleTweeting about A Tribe Called Quest, and you’re more than welcome to join the conversation by following the Hustle on Twitter HERE or by hitting LIKE on our hyper-interactive Facebook page HERE!