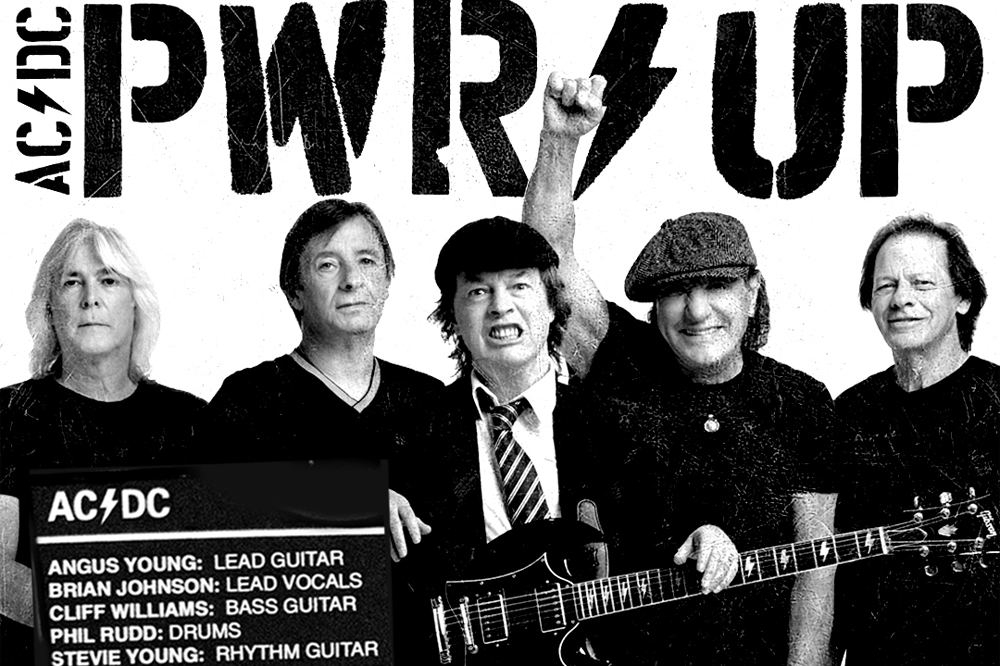 AC/DC is about to prove, once again, that rock n roll ain’t noise pollution.

The term “Pwr Up” featured in a number of teasers that have been distributed recently is apparently the title of a new album, although the official announcement does not say when it might be coming.

Guitarist Malcolm Young, the group’s leader and brother of lead guitarist Angus Young, died in 2017 after years of dementia that had seen him replaced by nephew Stevie Young, who fills out the current lineup.

On the group’s last tour in 2016, Johnson had a serious issue in which he was suffering damaging hearing loss, and was replaced for a set of dates by Guns N’ Roses lead singer Axl Rose. Rudd was replaced for that tour after he was found guilty of drug possession and violent threats and sentenced to eight months’ home detention.

We’re HustleTweeting about AC/DC, and you’re more than welcome to join the conversation on the Hustle Twitter HERE … on our ridiculously sensational Instagram HERE … or on our Facebook page HERE!