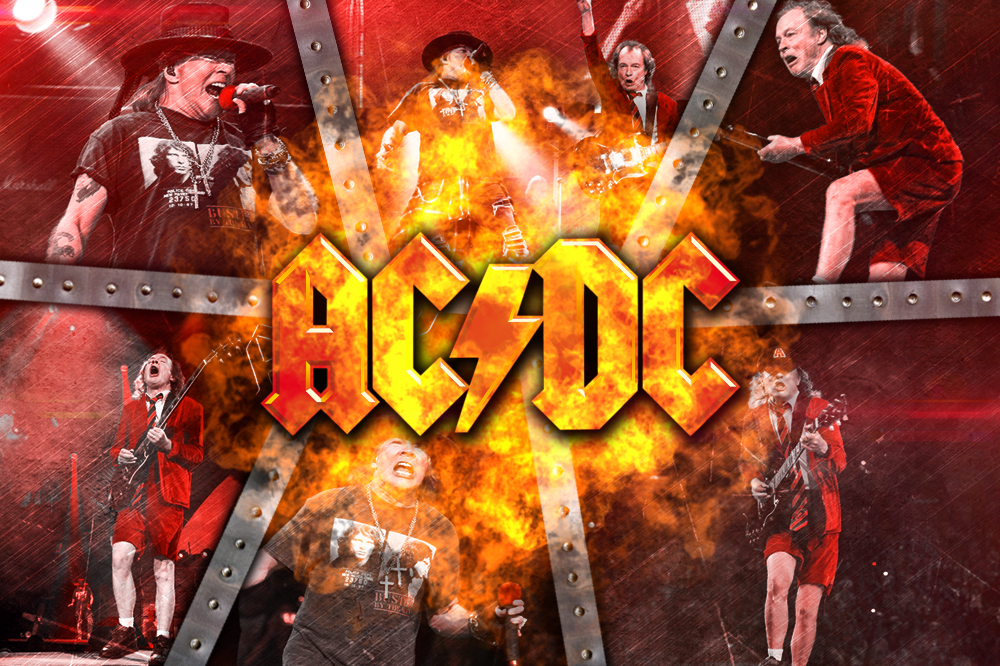 AC/DC played Madison Square Garden last night, perhaps for the final time, as the legendary rock n roll band tore the house down at The World’s Most Famous Arena. Now let’s get a few things out of the way here, so we’re all on the same page. This is not the same band that took rock n roll by storm in the 1970s. Lead vocalist Bon Scott died in 1980. Brian Johnson was forced out earlier this year when a devastating diagnosis about hearing loss put him on the sidelines. Axl Rose, who reunited with Slash and Duff McKagan to reform Guns n Roses this year, stepped in as AC/DC‘s new lead vocalist to finish out the tour, and the results have been spectacular. The only remaining member of the original band is lead guitarist Angus Young. While a lot of attention is obviously on how Axl Rose holds up as lead vocalist, the show is built around Angus Young, and anyone attending would be able to tell you Angus is front and center and the spotlight is clearly on him.

Stevie Young, on rhythm guitar, replaced his uncle, Malcolm Young, Angus’s brother, in 2014, while Cliff Williams took over on bass in 1977. Chris Slade, who pounded the drums in a niche between two tall banks of Marshall amplifiers, has taken turns in and out of the band since the 1980s; he has now replaced Phil Rudd, who was fired last year after pleading guilty to drug charges and death threats.

The near-three hour show saw a crowd that never once sat down, a lead guitarist who was interactive with the crowd, and a lead vocalist who lived up to the massive expectations that had been placed on him by a rightfully-skeptical fan base. AC/DC, which despite the fact only Angus Young remains as an original, is still considered and accepted as being authentic. The respect shown to the band’s songs by Axl Rose is demonstrative of the affinity rock legends and the audience — young and old — have for this amazing band, and the energy produced by both Axl and Angus is something every concert goer should experience.

Our boss Paul Heyman attended the show as a guest of drummer Chris Slade and his burgeoning rockstar son Jack Slade, along with Chris Jericho and Bubba Ray Dudley. We’ve included their social media posts in this story for your reference.

More to come from the AC/DC concert at Madison Square Garden coming up here on the THE HEYMAN HUSTLE. We are HustleTweeting right now about what will go down as a legendary concert, and you’re more than welcome to join the conversation by following the Hustle on Twitter HERE … or by hitting LIKE on our hyper-interactive Facebook page HERE!