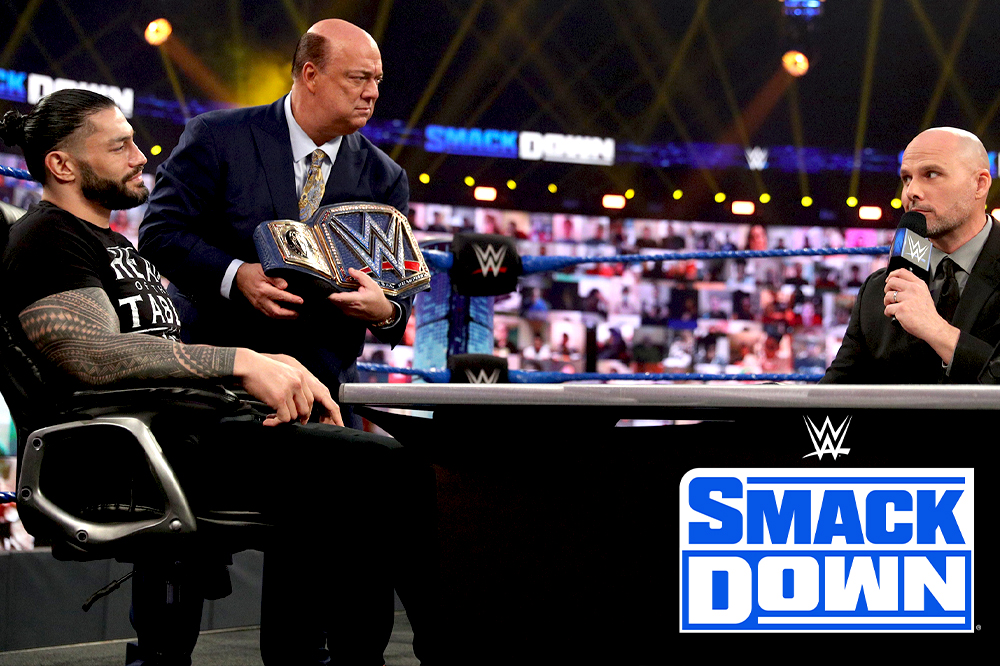 The main event of the 2021 edition of the WWE Royal Rumble has fallen under the heading of Card Subject to Change. WWE Executive Adam Pearce, who clearly had his hands full with Universal Champion Roman Reigns and #SpecialCounsel Paul Heyman all night long (CLICK HERE to see their subtle harassment) pulled out a true KO as Smackdown was going off the air.

Over the course of the night, Universal Champion Roman Reigns and his special counsel Paul Heyman made alterations to The Big Dog’s Universal Title match contract against WWE Official Adam Pearce at Royal Rumble and demanded that Pearce sign that contract in the ring at the end of the night.

Just after Reigns and the WWE Official signed the contract, Pearce remarked that he had been waiting all night for Reigns to sign. Then, as he walked up the ramp, he suddenly began to limp as an old knee injury conveniently began to “creep up,” one that would prevent him from competing against The Head of the Table at the Jan. 31 pay-per-view.

However, if one member of a main event is injured and could not compete, WWE was allowed to choose a suitable replacement, and a smiling Pearce did just that. As a result, Reigns’ new opponent at Royal Rumble would be none other than Kevin Owens!