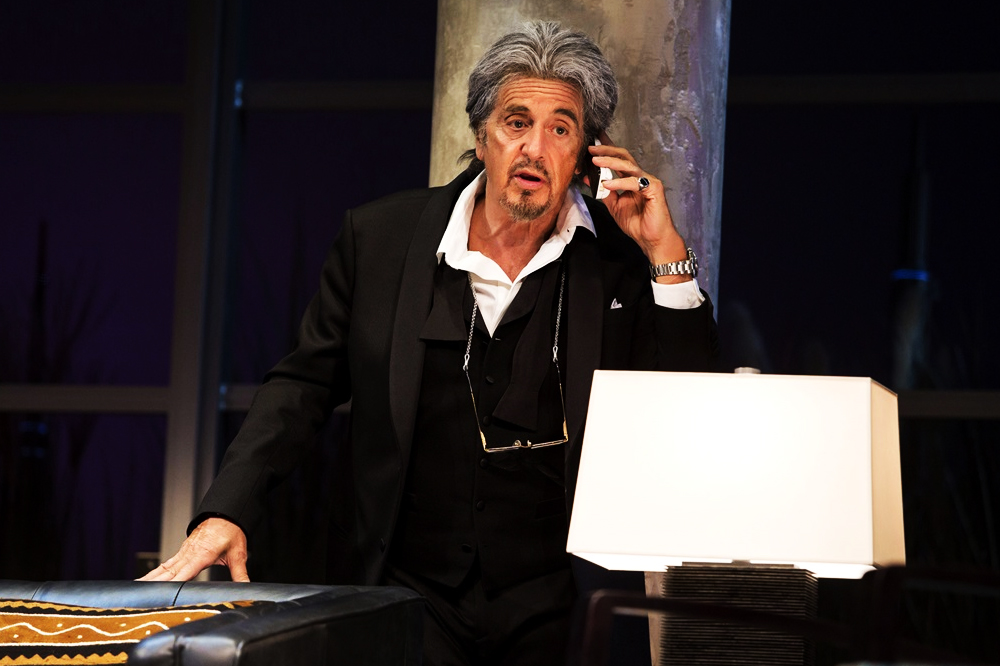 The Godfather is heading back to the Great White Way. According to Showbiz411, Al Pacino is set to take on the role of iconic playwright Tennessee Williams in the new play When God Looked Away, co-starring fellow Tony winner Judith Light. The production is reportedly eyeing a winter 2016 or spring 2017 bow. Pacino starred in David Mamet’s China Doll last season.

The news comes on the heels of the announcement that the Kennedy Center Honors class of 2016 will feature Pacino,along with The Eagles, Argentine pianist Martha Argerich, singer Mavis Staples and musician James Taylor.

The honor for The Eagles in particular will be bittersweet, as founding member Glenn Frey died in January. The group was scheduled to be honored in 2015 but postponed due to Frey’s declining health. Band members Don Henley, Joe Walsh and Timothy B. Schmit are expected to attend the ceremony.

“The Kennedy Center Honors celebrates the spectacular talents of artists whose brilliance has left a lasting impact on our society,” Kennedy Center Chairman David M. Rubenstein said in a statement. “These honorees represent what is possible when creativity is not just cultivated, but unleashed.”

“These honorees have each played a unique role in shaping America’s artistic landscape with their work, expressing their creativity in ways that pushed the boundaries of what art can do, and what it can mean,” said Kennedy Center President Deborah F. Rutter, also in a statement. “Their artistic triumphs have motivated us, moved us and will continue to inspire us for generations to come.”

Honorees are recognized for lifetime contributions to American culture through the performing arts – whether in dance, music, theater, opera, motion pictures or television. The event includes a celebration at the Kennedy Center Opera House, with salutes from other performers. President Obama and First Lady Michelle Obama are scheduled to attend, as well as receive the honorees at the White House.

The honorees will be celebrated at a gala on December 3rd that will be broadcast on December 27th on CBS, which has aired the special each year since its debut 39 years ago.

Join the conversation about Al Pacino on the Hustle Twitter HERE!

We’re involved in a hyper-interactive discussion about Pacino on Facebook HERE!