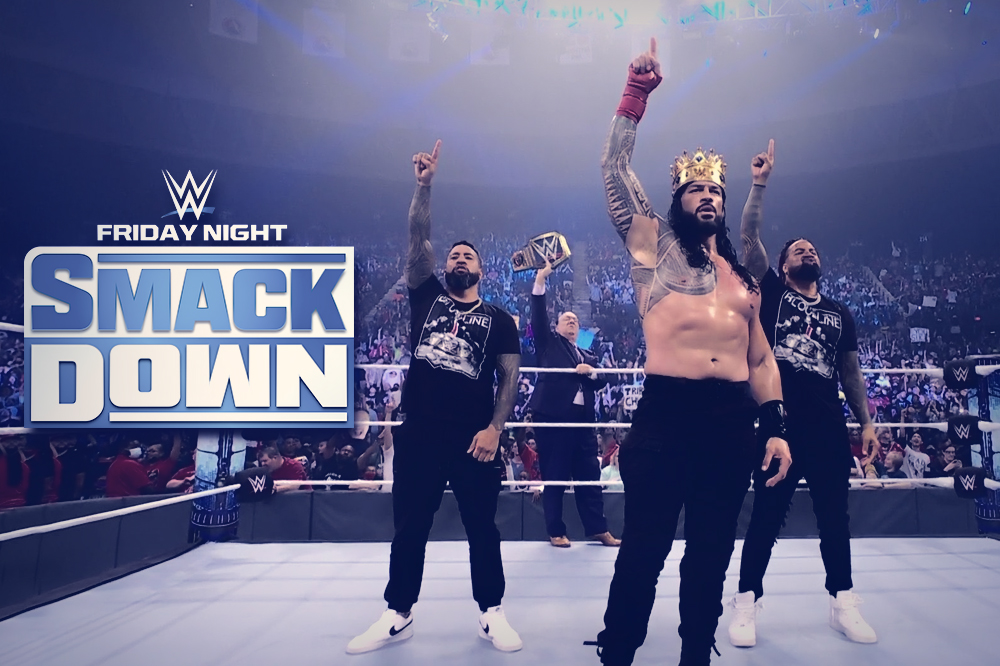 WWE Universal Heavyweight Champion Roman Reigns did, indeed, Bend a Knee as promised by #SpecialCounsel Paul Heyman, but it wasn’t to honor Xavier Woods … it was to be crowned KING!

Following The New Day’s victory last week over The Usos, Universal Champion Roman Reigns attacked King Woods and Sir Kofi Kingston. Together with the Bloodline, The Head of the Table injured Kingston. As a result, the monarch of positivity was set to battle the Universal Champion one-one-one for retribution.

Prior to the match, though, the “Wiseman” Paul Heyman raised the stakes on behalf of The Head of the Table. He stated that if Reigns lost the match, he would kneel before King Woods or be stripped of the Universal Title. But if Woods lost, he would have to kneel before Reigns.

In the final moments, just when it looked as if King Woods may overcome his dominant opponent, The Usos emerged and attacked him, which resulted in a no contest.

With the monarch laid out due to overwhelming odds, The Head of the Table did, in fact, kneel on the canvas, as The Bloodline placed Woods’ crown upon Reigns’ head.