And Now ... Your Bad Ass Hockey Fight of the Week 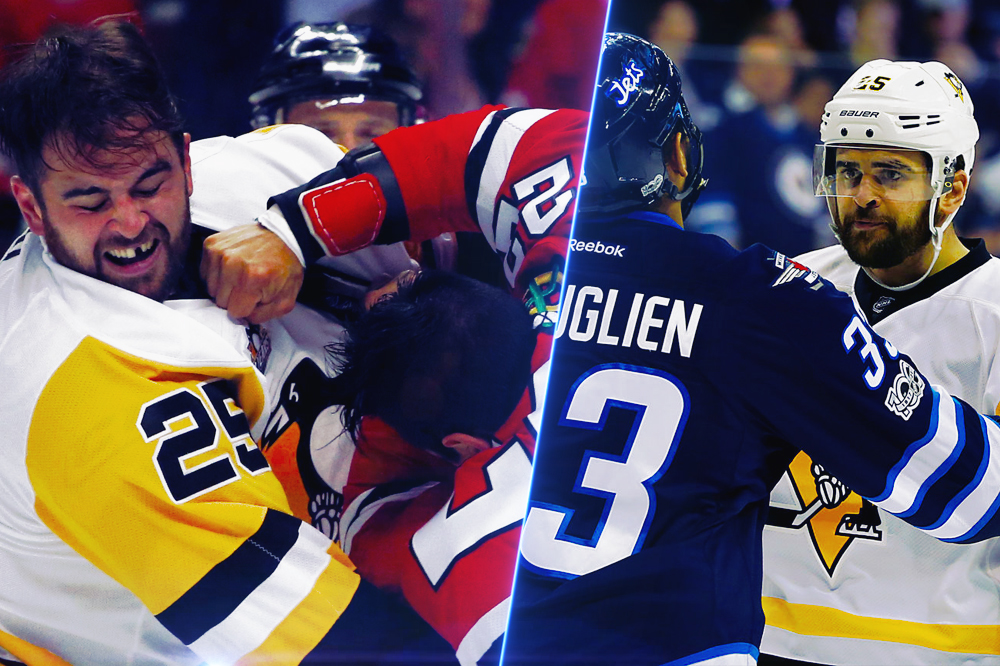 As the world waits for Brock Lesnar (with our boss, Paul Heyman) versus Universal Champion Goldberg at WWE WrestleMania, the NHL has provided us with all the action we need to get us through the week. It all started last month, when Pittsburgh Penguin Evgeni Malkin delivered a controversial hit to the head of the Winnipeg Jets’ Blake Wheeler.

When the two teams met up again this week, Wheeler took revenge by dropping the gloves against Malkin. The bout only lasted a few punches, but it’s clear Malkin immediately regretted “answering the bell,” as Wheeler put it.

After the game, Malkin admitted his earlier hit was questionable and that he respected Wheeler for dropping the gloves.

But the ill will wasn’t just settled with Wheeler and Malkin. Later, Tom Sestito (who’ll have a hearing with the NHL for his hit from behind on Toby Enstrom) mixed it up with Chris Thorburn.

After a few back-to-back goals in the first period, the Penguins pulled out a 7-4 win.

But lost at least one unanimous decision.

We’re HustleTweeting about these bad ass hockey fights, and you’re more than welcome to join the conversation by following the Hustle Twitter HERE and also liking our hyper-interactive Facebook page HERE!