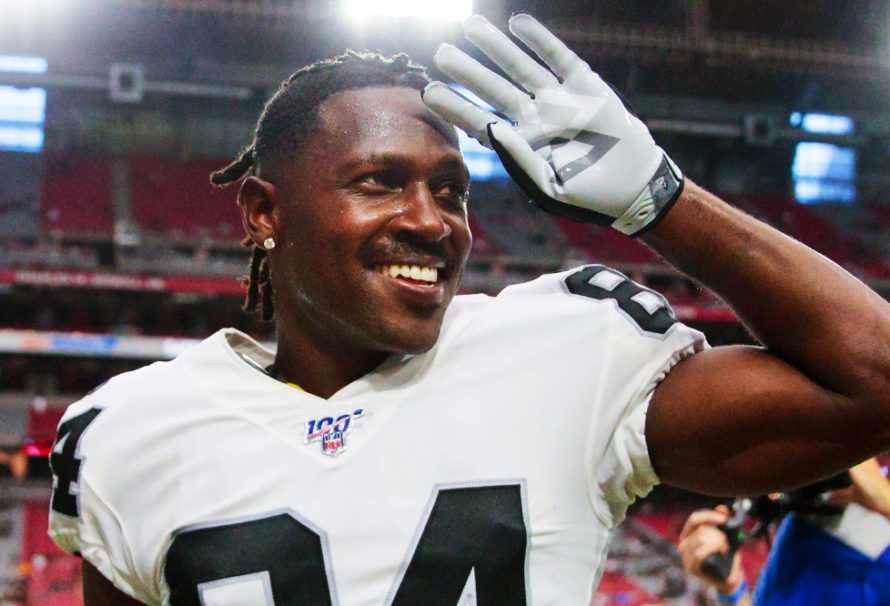 Antonio Brown has agreed to a deal with the New England Patriots on the same day he was released by the Oakland Raiders, NFL Network Insider Ian Rapoport and NFL Network‘s MJ Acosta reported, per a source.

According to Rapaport, the deal is for one-year, $15 million, with a $9 million signing bonus.

Brown cannot play in the Patriots‘ season opener on Sunday night against the Steelers because he was not on the roster by 4 p.m. EST, but he will be eligible to debut with his new team (his third in less than a calendar year … the other team, coincidentally, was the Steelers) in Week 2 against the host Miami Dolphins.

Roughly six hours removed from Brown’s shocking release from the Raiders following a whirlwind week of discontent, the controversial receiver finds himself a member of the reigning defending undisputed Super Bowl champion Patriots.

This is nothing new for the Patriots, who have made a winning habit out of taking risks on standout talent that fell out of favor with former teams … such as current Patriots receiver Josh Gordon, Hall of Famer receiver Randy Moss, running back Corey Dillon and on down the line of a history dotted with Lombardi trophies.

If all goes as planned … which these past four days have shown is far from given … Brown, who would hugely improve any receiving corps, will join an already promising group of Patriots receivers that currently includes Julian Edelman, Gordon and Demaryius Thomas. And, arguably the greatest quarterback of all-time, Tom Brady, will, of course, be throwing to them.

We’re HustleTweeting about Antonio Brown, and you’re more than welcome to join the conversation by following the Hustle on Twitter HERE or by hitting LIKE on our hyper-interactive Facebook page HERE!