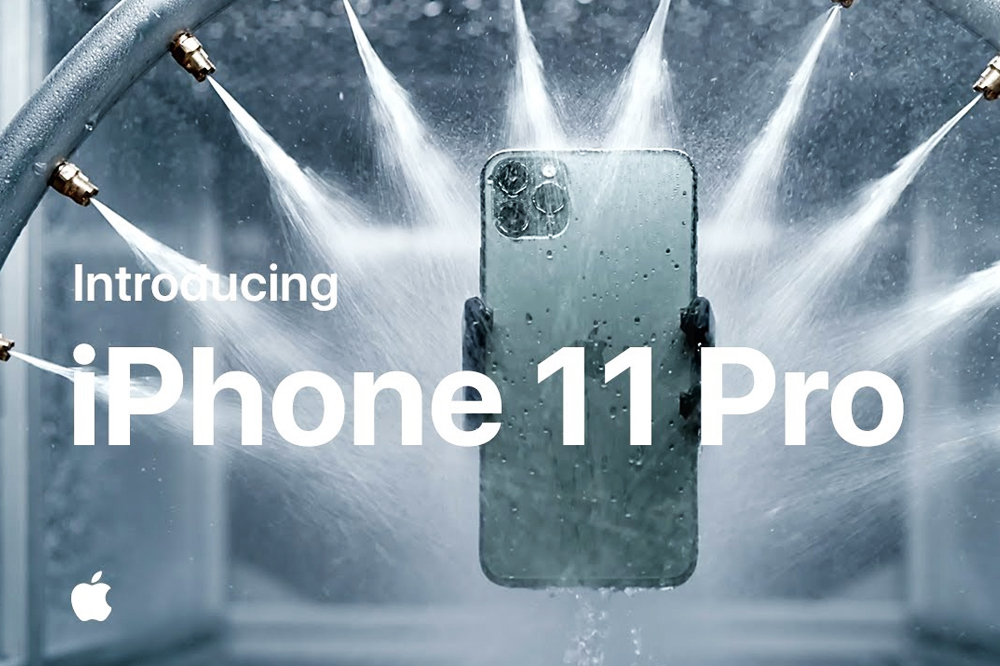 Apple is about to reinvent its own creation.

The updated iPhones include 5.8- and 6.5-inch OLED displays, respectively, both with pixel densities of 458 pixels per inch. Apple is calling these “Super Retina XDR” panels and says they include support for the P3 color space, Dolby Vision HDR, HDR10, and up to 1,200 nits of brightness with HDR (which is notably high for a smartphone). Like the base iPhone 11, the Pro advertises better spatial audio with Dolby Atmos surround sound support.

As previously rumored, the new iPhones lack 3D Touch, an interface feature that has been part of flagship iPhones since the iPhone 6S in 2015. The underused feature has been replaced by the Haptic Touch, a simpler long-press interaction that was introduced in the iPhone XR last year.

Also like the iPhone 11, the Pro phones run on Apple‘s new 7nm A13 Bionic chip. Alongside the expected CPU and GPU power upgrades—Apple says all of its cores are up to 20% faster—the company is touting improved machine learning and efficiency. The company says the latter will allow the iPhone 11 Pro to get four hours more battery life than last year’s XS, while the iPhone 11 Pro Max will last five hours longer than the XS Max. Apple will include a faster 18W charger in the box now, too, though the phones still opt for Lightning over USB-C. There’s also support for WiFi 6 (or 802.11ax), but not 5G networks; that feature is rumored to be coming in 2020’s iPhone lineup instead.

The design of the two new phones generally doesn’t stray far from the prior XS and XS Max: it’s still primarily made of glass with a stainless steel band, though the glass now has a matte feel, and Apple says the device will be more durable than its predecessor. The new phones also feature an IP68 rating for water- and dust-resistance, so they should safely survive any spills or dunkings. The phones will come in a variety of finishes: “midnight” green, space gray, silver, and gold. Each is available with either 64GB, 256GB, or 512GB of storage.

The ultra-wide camera is the newest addition here and includes a 120-degree field of view for getting more of a scene in a shot. All of this lets you take 4K video at up to 60 frames per second with “extended dynamic range.” The flash is said to be 30% brighter, meanwhile, and the front-facing camera has been bumped up to a 12-megapixel unit with a wider field of view and support for 120fps slow-mo videos. Apple promises up to 30% faster Face ID performance when unlocking the device and says the wider FOV allows it to recognize users at more varying angles.

Beyond the physical hardware upgrades, Apple is also adding a Night mode that uses adaptive bracketing to improve photos taken in low-light settings. This looks to be Apple‘s stab at the Night Sight feature found on Google‘s Pixel phones, though it is also coming to the lower-end iPhone 11. Another software addition will allow users to record video without switching out of Photo mode by holding down the virtual shutter button. The company further teased a feature called “Deep Fusion” that shoots nine different images and uses machine learning to combine them into a shot with improved detail and reduced noise, though that won’t be available until a software update hits later this fall.

We’re HustleTweeting about the new iPhone line from Apple, and you’re more than welcome to join the conversation on the Hustle Twitter HERE and also on our hyper-interactive Facebook page HERE!