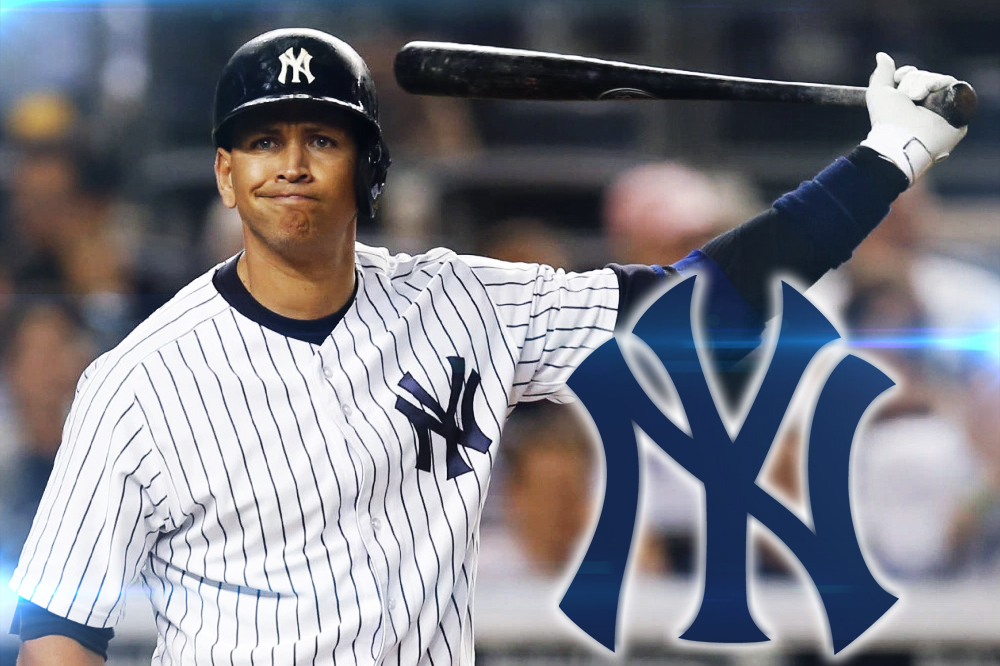 AROD‘s final week as a Major League Baseball player will not be the glorious farewell tour he may have envisioned. Despite the fact Alex Rodriguez agreed to retire this Friday as a New York Yankee and remain with the team as an advisor, the highest paid player in the game … with 696 home runs and only a few days to join the elite 700 homer club … is spending time on the bench as the Yanks take on their all time greatest rivals the Boston Red Sox.

What may be most distressing to Rodriguez is that he has always maintained a great relationship with Yankees Manager Joe Girardi. On Sunday night, it was Girardi who said AROD could play as much as he wanted to during his final week as an active player.

But earlier today, when AROD got to Fenway Park, he found out that he is only expected (aka “scheduled”) to play this Thursday in the series finale.

“I came to the stadium really excited, hoping I would play all three games or maybe two out of three,” Rodriguez said before not playing in the Yankees’ 5-3 loss to the Red Sox, despite hearing “We Want AROD” chants in the bottom of the ninth. “(Joe Girardi) just said, We’re trying to win games. It was surprising and shocking.”

Girardi told the media that when he spoke on Sunday, he let his heart dictate his statement at Yankee Stadium on Sunday.

“I’m an emotional guy and my heart can get tugged at,” Girardi said. “I think I got caught up in the emotions. I’m human. … I’m not saying he won’t play these next two days, but I’m managing to win the games. This is a very important series for us. This is one of the teams we’re chasing.”

And it’s true, the Yankees remain on the outskirts of the wild-card race, which has made an already bizarre farewell even more unusual as Girardi tries to do his job as he would normally, while also managing Rodriguez’s expectations.

“My responsibility is as a manager,” Girardi said. “We are still in this. … I’m trying to do what my responsibility calls for and that’s to try to win games and I will continue to do that.”

When it comes to the chase for 700 home runs, AROD offered his own peace of mind to the media.

“It would have been fun to make a run at it,’’ said Rodriguez, who entered the series at 696. “I’d love to play. It wasn’t in the cards. I’m at peace with my decision.”

Of course, we’re HustleTweeting about AROD and the New York Yankees, and you’re more than welcome to join the conversation on the Hustle Twitter HERE and also on our hyper-interactive Facebook page HERE!