Azealia Banks Returns Home To The 212 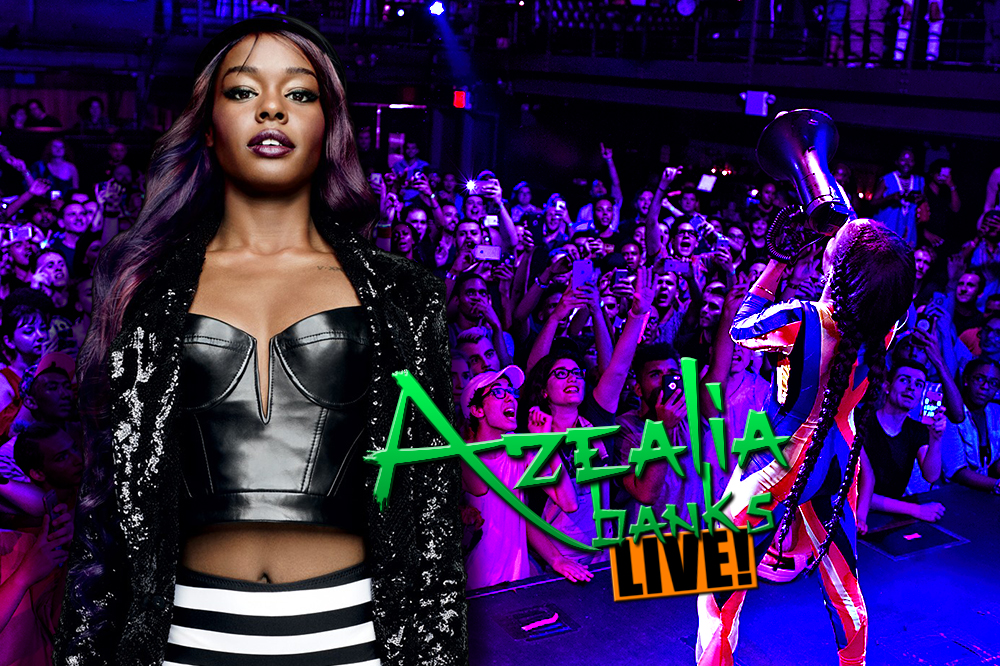 The controversial Azealia Banks, she of the “Banned From Twitter” headlines tore down the house at the sold out Highline Ballroom in the 212 New York City, and THE HEYMAN HUSTLE‘s very own Ary Dalton was invited to cover the event with unprecedented All Access … a rarity with any celebrity, especially one coming under such media fire these days,

“On the day of the concert, Azealia was in headlines and trending all over the world because of another controversial rant she posted on her Instagram about President Barack Obama,” Ary stated. “Azealia released her Slay-Z EP earlier this year, with perhaps her deepest, hottest music to date. The Highline Ballroom’s publicists were bombarded with media requests, as everyone wanted to capitalize on the controversy. We got offered the unprecedented access because we simply wanted to cover the sold out concert and provide coverage to our readers of Azealia’s return to the 212.”

From any perspective, the concert was a smash. For over 2 hours, Azealia Banks performed on stage to a crowd that knew every word to every song, and both singer and crowd clearly enjoyed every minute of it. “It was an interactive concert, with Azealia acting as leader of the chorus,” Ary noted. “The crowd did not care about any controversy. That audience was there to enjoy the live presentation of music they obviously loved, and for two hours they couldn’t stop waving their hands in the air and sing along with Azealia. I found myself swept away with the music and the crowd, and had to remind myself to snap the photos. What a great experience!”

Of course, we’re HustleTweeting about Azealia Banks In Concert. and you’re more than welcome to join the conversation on the Hustle Twitter HEREand also on our hyper-interactive Facebook page HERE!