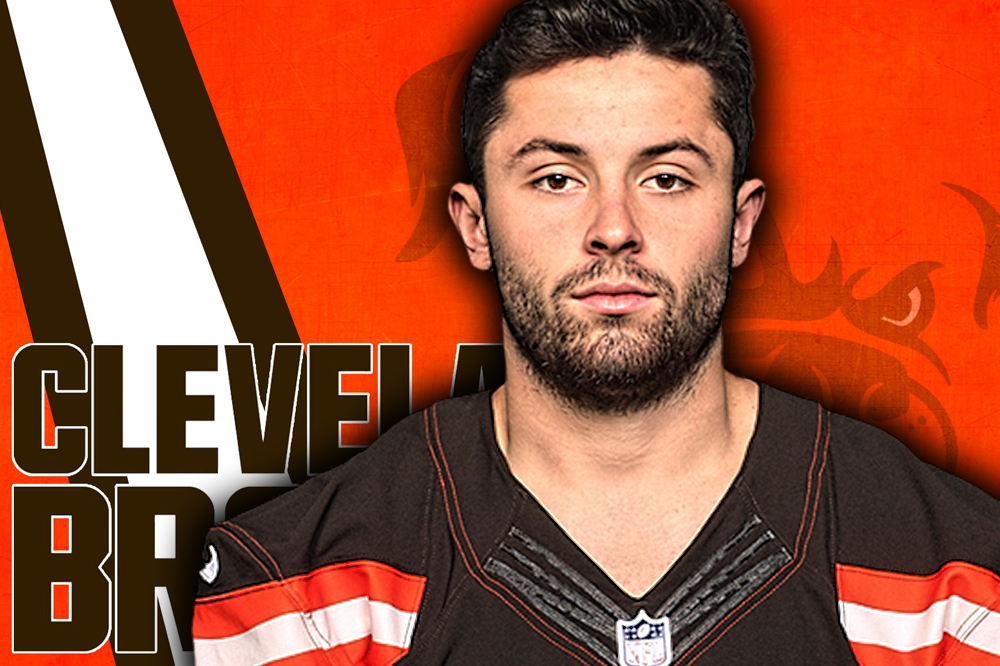 Baker Mayfield is the biggest sports star in Cleveland. LeBron WHO?

With the national spotlight on the Browns versus the New York Jets on Thursday night, the rookie QB made his NFL debut and led his team to an amazing comeback for the team’s very first victory in 635 days. Starting Quarterback Tyrod Taylor couldn’t penetrate the Jets defense in the first half, and then suffered a head injury shortly before halftime. Browns coach Hue Jackson put in Mayfield. The effect was instant.

The No. 1 overall pick entered the game with just under 1:45 left in the first half and he immediately did something that Taylor was unable to do: He led the Browns on a scoring drive.

Mayfield came out firing and competed his first three passes for 47 yards, which was especially impressive, because Taylor had only been able to muster a total of 19 passing yards during his six possessions on the field.

Mayfield’s first completion of his career went to Jarvis Landry for a 14-yard gain on first-and-10.

In the 1:19 that he was on the field in the second quarter, Mayfield led the Browns on their only scoring drive of the first half. He drove his team 39 yards down the field, which set up a 45-yard field goal by new Browns kicker Greg Joseph.

The #1 overall pick just led the @Browns to their first points of the night.@BakerMayfield's first career drive! #NYJvsCLE #Browns

At halftime, the Browns announced that Taylor wouldn’t be returning to the game. The stage was set for Mayfield, who led the Browns back from a 14-3 halftime deficit to a shocking 21-17 win.

Although Mayfield had a solid first half, he was even better in the second half, going 14 of 19 for 154 yards.

And as if that wasn’t impressive enough, the Browns won. We’re HustleTweeting about Baker Mayfield, and you’re more than welcome to join the conversation on the Hustle Twitter HERE and also on our hyper-interactive Facebook page HERE!