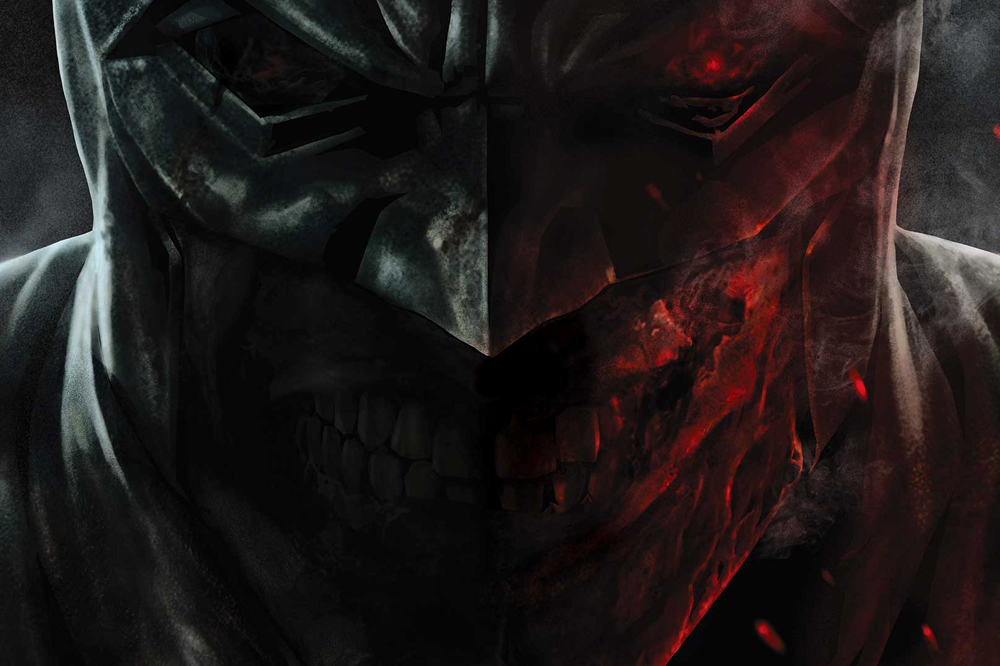 There’s a storm a-brewin’ over Gotham City, and it’s going to rain down a major controversy on DC Comics. In an interview with The Blast, the founder and director of Genital Autonomy America, a woman named Marilyn Milos spoke out against the appearance of Bruce Wayne / Batman‘s penis in the adult-themed Batman: Damned comic book. Ms. Milos is apparently concerned not with Batman‘s nudity, but of DC Comics‘ decision to display Batman‘s penis as being circumcised, which Milos categorizes as child sex abuse.

“Non-therapeutic amputation of the normal body part of a non-consenting minor is not only sexual child abuse and a violation of that child’s inherent right to bodily integrity and genital autonomy,” Milos said.

The controversy stems from a scene in Batman: Damned #1, in which Bruce Wayne returns to the Batcave after a particularly brutal night out fighting crime. As he walks deeper into the cave from his car he strips out of his suit until he’s naked. It’s then, in not one but two different panels, that Batman‘s penis is depicted, clearly circumcised.

Genital Autonomy America is a nonprofit advocacy group founded by Milos in 1985 that opposes non-therapeutic child circumcision with a stated goal to secure “the birthright of male, female, and intersex children and babies to keep their sex organs intact.” Milos went on to compare Batman to the members of a male anti-circumcision group, the Bloodstained Men.

“They, like Batman, have goodness and right on their side, and my hope is that others who have experienced the unkindest cut also will stand up and protect the most vulnerable among us,” Milos said. “It’s their body, it’s their right!”

Milos went on to detail what she’d tell Bruce Wayne if she happen to be afforded that impossible opportunity, asserting, “I’d tell Batman about foreskin restoration to regain some of what was lost!”

Batman: Damned is the first release from DC Comics‘ Black Label line aimed at mature readers, but since the issue’s release DC has decided to censor the scene both in digital and future print releases of the issue.

Batman: Damned #1 is written by Brian Azzarello and drawn by Lee Bermejo with a cover by Bermejo and a variant by Jim Lee. It is available in comic stores now. Wonder how much the uncensored version will be worth in the future.

We’re HustleTweeting about the controversial Batman: Damned #1, and you’re more than welcome to join the conversation on the Hustle Twitter HERE and also on our hyper-interactive Facebook page HERE!