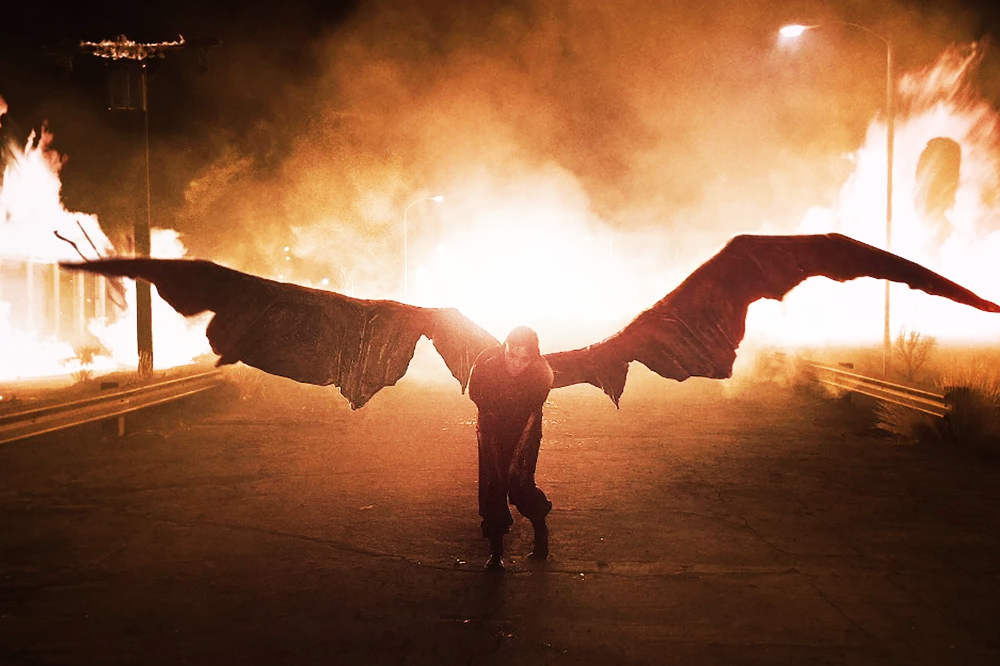 She’s going to be the musical guest for SNL‘s season premiere on September 28th. A 17 year old who has taken the music industry by storm, Billie Eilish is one of the hottest acts in the world. According to a recent report in Rolling Stone:

Billie Eilish sprouts wings and falls from heaven in the fiery video for her latest single “All the Good Girls Go to Hell.” The track appears on Eilish’s debut album When We All Fall Asleep, Where Do We Go?

In the Rich Lee-directed clip, large wings sprout grotesquely from Eilish’s back before she is propelled from the sky. When she lands on Earth, she is dropped into an oil spill, her once all-white feathers and outfit now covered in oil. As the song begins, she struggles to free herself and walks slowly down the street as the world around her burns.

The song and video are part of a bigger message from Eilish and is timed to the UN’s 2019 Global Action Summit, which will take place on September 23rd. “Right now there are millions of people all over the world begging our leaders to pay attention,” she wrote on Instagram. “Our earth is warming up at an unprecedented rate, icecaps are melting, our oceans are rising, our wildlife is being poisoned and our forests are burning. On September 23rd, the UN will host the 2019 Climate Action Summit to discuss how to tackle these issues. The clock is ticking. On Friday September 20th and Friday September 27th you can make your voice be heard. Take it to the streets. #climatestrike”

This fall, Eilish will be playing a mixture of festival and headlining tour dates. She will be the musical guest Saturday Night Live‘s season opener on September 28th.

We’re HustleTweeting about Billie Eilish, and you’re more than welcome to join the conversation on the Hustle Twitter HERE and also on our hyper-interactive Facebook page HERE!