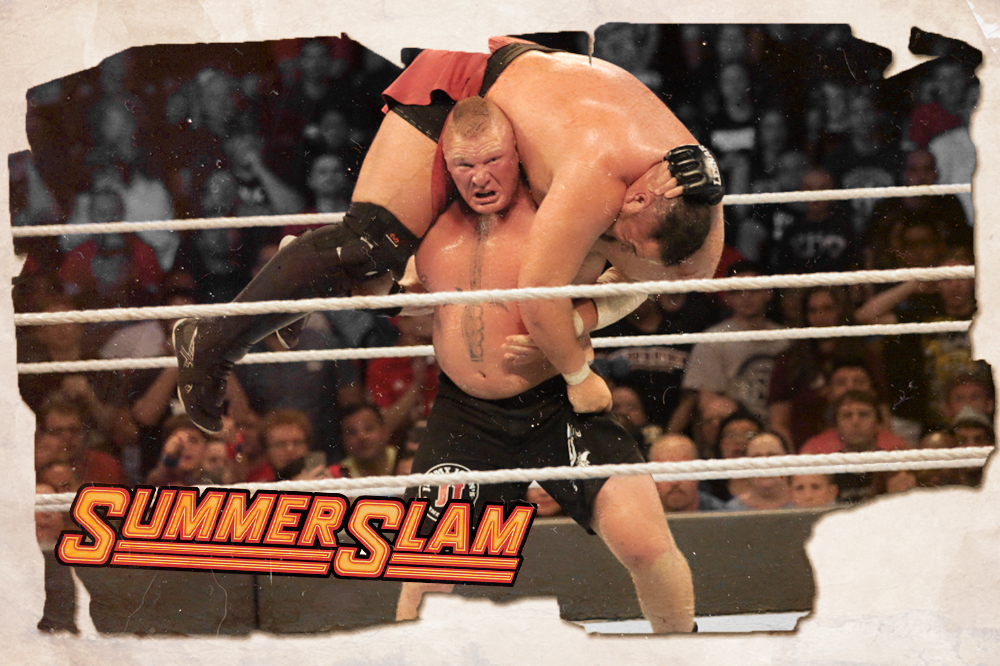 Brock Lesnar came out of WWE SummerSlam still the Universal Champion, but rarely has Paul Heyman’s Beast Incarnate been pushed to such limits. Veteran photographer Bob Mulrenin was on hand for the historic event to provide 360 coverage of the Fatal 4-Way Match in which Lesnar defended the championship against Roman Reigns, Braun Strowman and Samoa Joe.

CHECK OUT OUR FULL COVERAGE OF WWE SUMMERSLAM 2017!

BROCK LESNAR DOESN’T LIKE REPORTERS … OR THEIR STUPID QUESTIONS!