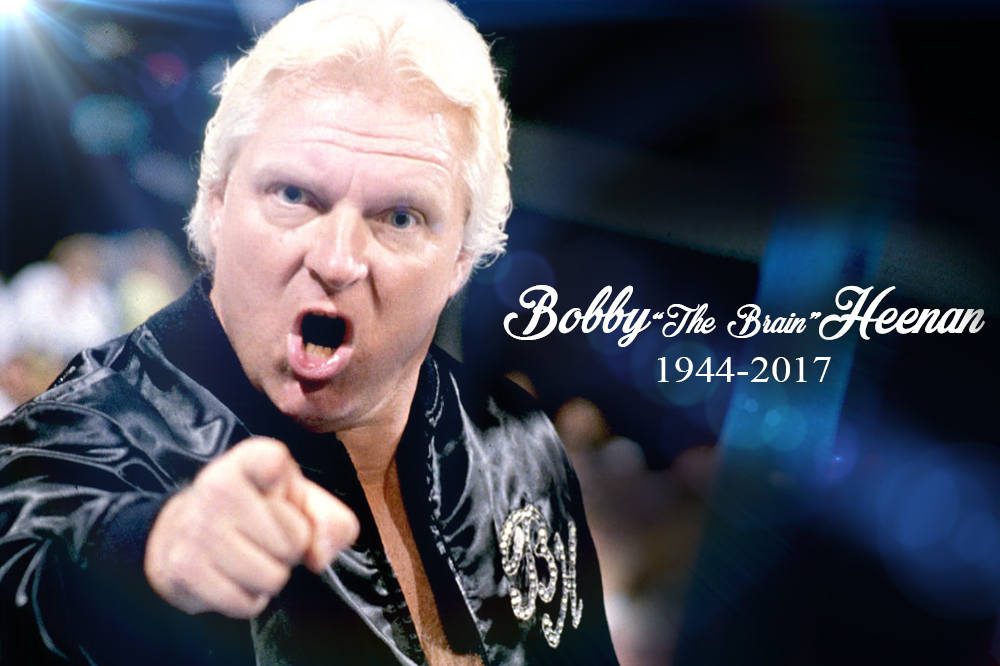 With a career spanning more than four decades, Bobby Heenan was the “The Brain” behind some of the most prolific Superstars in sports-entertainment history. Heenan plied his trade as their mischievous manager by running his mouth on their behalf with a sarcastic wit considered among the best in the business.

Heenan named competitors under his guidance as the Heenan Family, a moniker meant to show the strength of their alliance over any of their opposition. Members of the Heenan Family in the AWA and WWE read like the who’s who of sports entertainment, including legends and WWE Hall of Famers such as Nick Bockwinkel, the Blackjacks, Big John Studd, King Kong Bundy, “Ravishing” Rick Rude, “Mr. Perfect” Curt Hennig, the Brain Busters (Arn Anderson and Tully Blanchard), Harley Race, and of course, the first WWE Hall of Famer, Andre the Giant, whom Heenan led to the ring at WrestleMania III before 93,173 fans.

As impossible as it may seem, Heenan’s overwhelming success as a manager was matched by that of his announcing career. Heenan’s constant verbal jousts with fellow WWE Hall of Famers Gorilla Monsoon and “Mean” Gene Okerlund on USA Network remain among the most entertaining moments in sports-entertainment history. In fact, “The Brain” was so entertaining, that “The Bobby Heenan Show” had a brief run on USA Network as well.

WWE extends its condolences to Heenan’s family, friends and fans.

We’re HustleTweeting about Bobby “The Brain” Heenan, and you’re more than welcome to join the conversation on the Hustle Twitter HERE and also on our hyper-interactive Facebook page HERE!