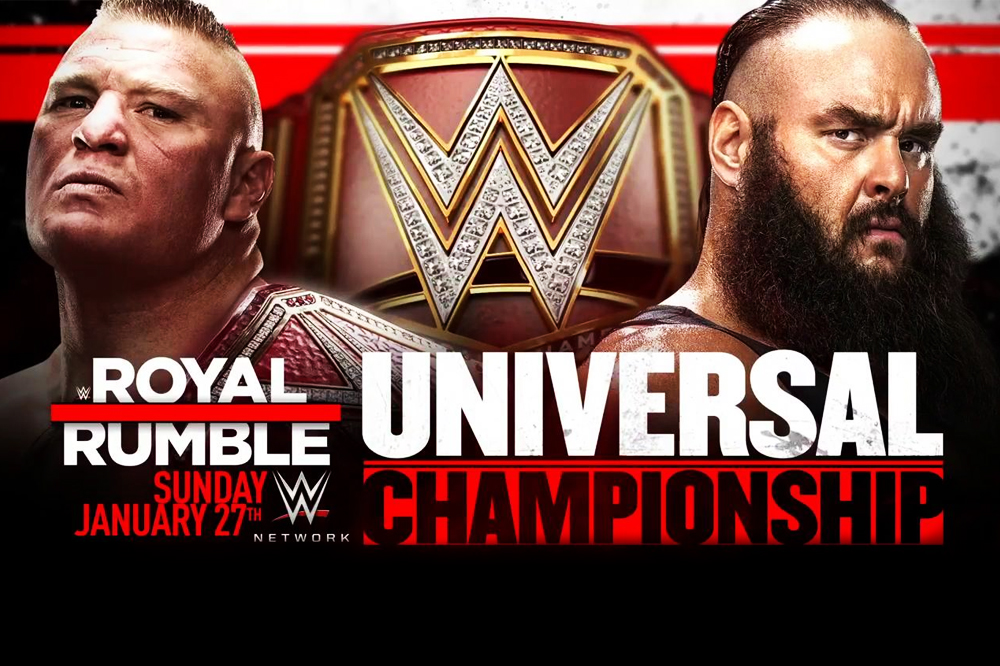 Brock Lesnar‘s first title defense of 2019 has been established, and it’s against a familiar foe. Braun Strowman is coming after The Beast Incarnate at the Royal Rumble pay per view event.

At Royal Rumble, Brock Lesnar will go to war with The Monster Among Men for the Universal Championship, but will the still-injured Braun Strowman be ready for The Beast Incarnate?

Baron Corbin made few friends as the self-proclaimed “General Manager-Elect” of Raw, a fact that Strowman would use to the fullest to emerge victorious in their WWE TLC Match, despite wearing a sling. After numerous Superstars, referee Heath Slater and even former Raw General Manager Kurt Angle lent their own contribution to the contest of pure payback, the sling-wearing Monster Along Men pinned The Lone Wolf and earned himself a Universal Championship against Brock Lesnar at Royal Rumble.

Though Strowman’s plan resulted in Corbin being removed from power, can he conceivably be ready for a showdown with one of the greatest Universal Champions of all time when he is not 100 percent?

We’re HustleTweeting about Brock Lesnar vs Braun Strowman, and you’re welcome to join the conversation on the Hustle Twitter HERE and also on our hyper-interactive Facebook page HERE!