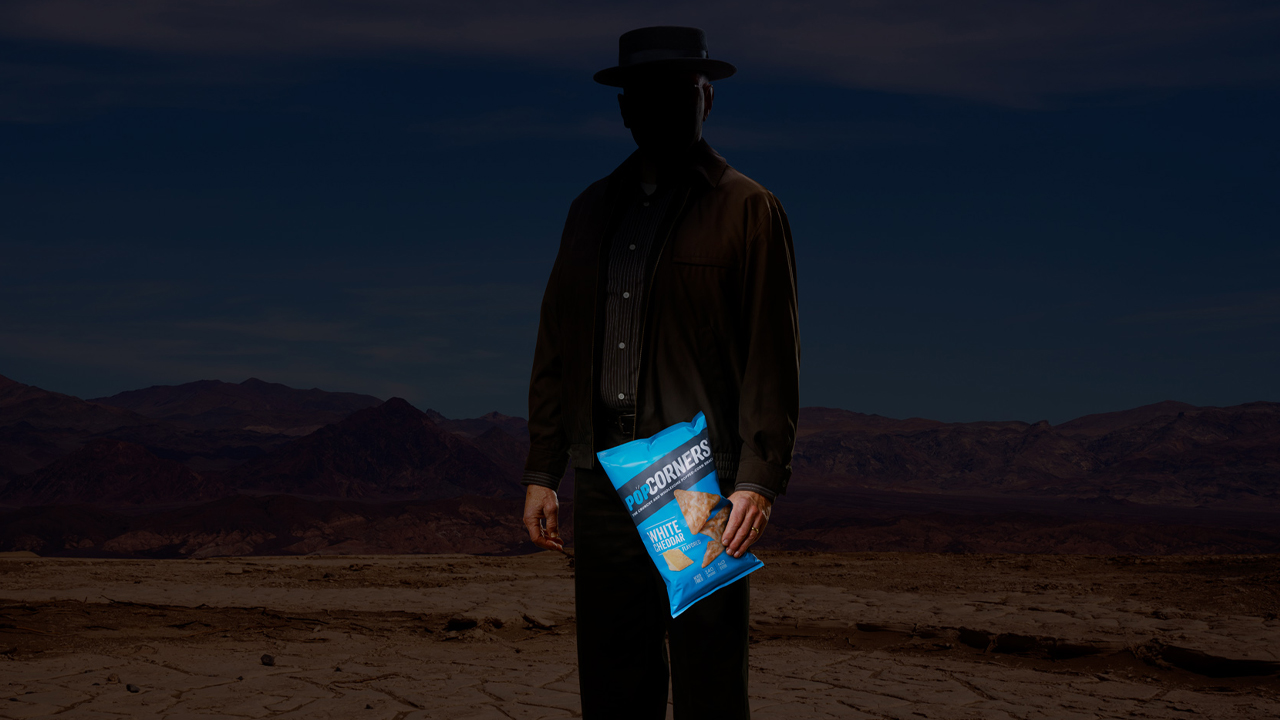 Walter White is back. Well, he’s about to be back. And we have the scoop on that!

There will be a PopCorners commercial during Super Bowl LVII that will bring Breaking Bad back to life, and while details are sketchy, we do have a few details to offer you at this time.

Bryan Cranston‘s portrayal of Walter White is about to become reality again, as the once-dead meth cook is back for a commercial that has already been shot, edited and is being guarded as closely as any Super Bowl commercial has ever been kept secret.

According to Entertainment Weekly:

Is a reteaming of Walt with his partner-in-literal crime, Jesse (Aaron Paul) in the bag? Will Walt warn Skyler (Anna Gunn), “I am the one who noshes!”? Will Huell (Lavell Crawford) luxuriate on a pile of air-popped chips? Read all you want into this statement from Frito-Lay VP of marketing Rhasheda Boyd: “We are excited to revive one of the most famous television shows of all time to tell the PopCorners’ story for the first time at the Super Bowl… and we can’t wait to see fans’ reactions to who and what’s coming.”

Created by Vince Gilligan and airing from 2008 to 2013, Breaking Bad transformed from low-rated critical darling into a pop culture sensation, winning 16 Emmys, including two Outstanding Drama Series trophies. EW staged a reunion with the cast in 2018, and Cranston shared a scene with Paul in the 2019 sequel movie El Camino: A Breaking Bad Story. Castmates-turned-good friends Cranston (Your Honor) and Paul (Westworld) — who each won three acting Emmys on the show — have rejoined forces frequently over the last half-decade, via their mezcal company Dos Hombres, charity events, and statue dedications. Prequel Better Call Saul featured guest spots from many Breaking Bad characters, including joint and separate appearances by Walt and Jesse earlier this year.

Last year’s Super Bowl offered up Sopranos stars paying tribute to the show’s opening montage in a Chevrolet commercial, as well as a Scrubs reunion in a T-Mobile spot.