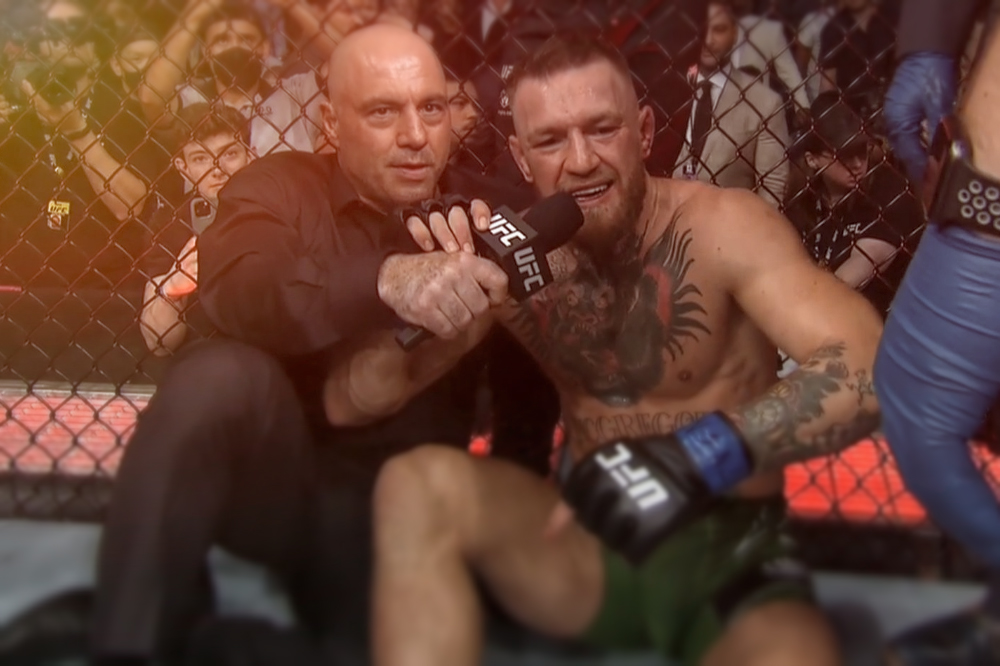 Conor McGregor was stretchered out of UFC 264 after the doctor stopped the fight after the conclusion of the first round, as McGregor suffered an ankle injury at the very end of the round and there was no way for him to continue.

Poirier also stopped McGregor at UFC 257 in January via a second-round TKO. In 2014 at UFC 178, McGregor knocked out Poirier in under two minutes.

In his post-fight interview with Joe Rogan, Poirier speculated the ankle snapped because he checked one of McGregor’s kicks. This infuriated McGregor, who did one of the most bizarre interviews in UFC history when, with his angle stabilized, he discussed the ending of the right with Rogan while sitting on the Octagon canvas.