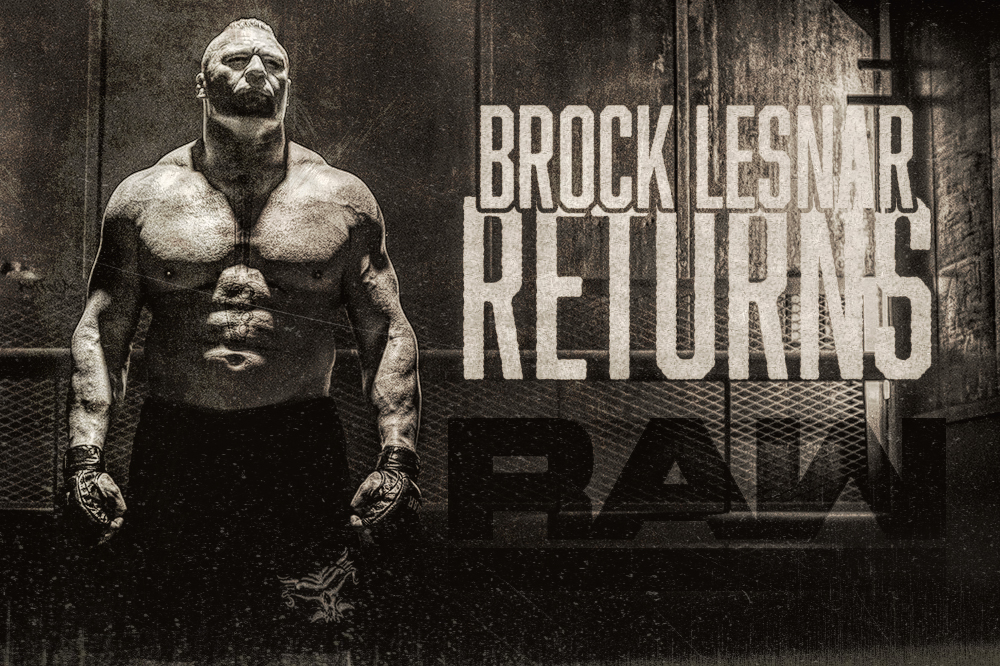 Our boss Paul Heyman took to the Official Heyman Hustle Twitter Account to announce that next week, his client, the reigning defending undisputed Universal Heavyweight Champion Brock Lesnar will return on next week’s WWE Monday Night RAW. According to WWE.com:

Before Roman Reigns defeated Bobby Lashley on Raw to earn the right to challenge Brock Lesnar for the Universal Championship at SummerSlam, Paul Heyman took to Twitter to reveal that his client, The Beast Incarnate himself, will return to the red brand next Monday night to address his next opponent face-to-face.

“My phone has been blowing up all day with people wanting to know, ‘Who do I think is going to win tonight, Bobby Lashley or Roman Reigns?,’” Heyman said in a video posted to his Twitter account Monday afternoon. “And the truth is, I couldn’t care less. Because the winner of tonight’s match on Raw is ultimately the loser who’s gonna get their a** handed to them by Brock Lesnar at SummerSlam.”

He continued, “And if you don’t take my word for it, then you can take the word of the reigning, defending, undisputed Universal Heavyweight Champion Brock Lesnar, who will tell his victim these very words next week, live on Raw. And that’s not a prediction: That’s a spoiler.”

We’re HustleTweeting about The Beasts’ Return, and you’re more than welcome to join the conversation by following the Hustle on Twitter HERE or by hitting LIKE on our hyper-interactive Facebook page HERE!