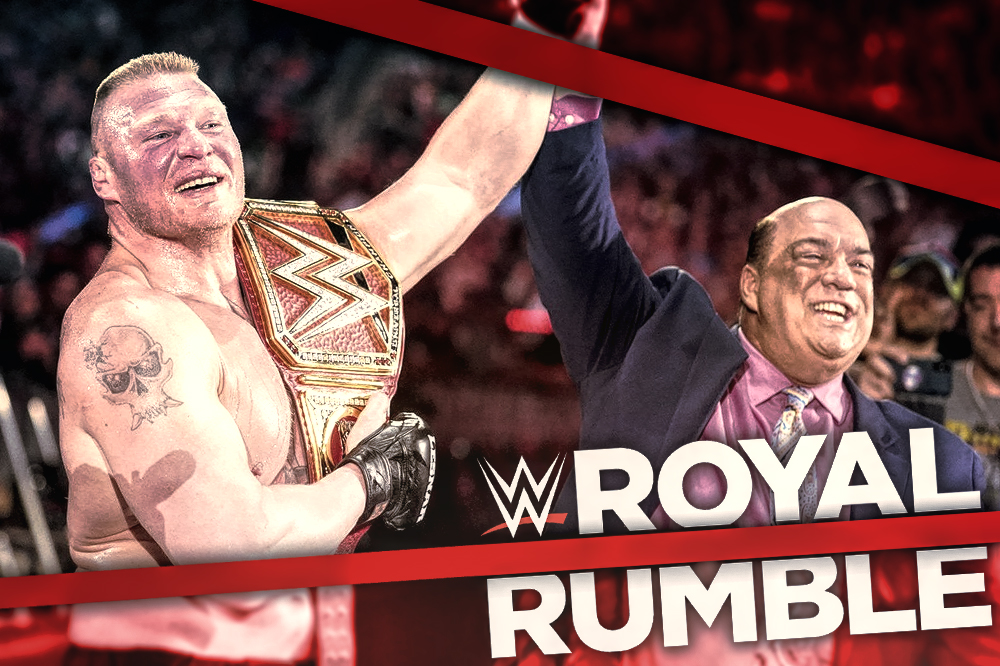 Brock Lesnar is still the Universal Heavyweight Champion. Paul Heyman is a happy Advocate. And Finn Balor came thisclose! The Beast retained the title at the Royal Rumble pay per view event. According to WWE.com:

The unmatched agility and heart of Finn Bálor was not enough to conquer the raw strength of Brock Lesnar at WWE Royal Rumble 2019, where The Beast Incarnate retained the Universal Championship.

From the moment he earned this incredible opportunity in a Fatal 4-Way Match on Raw, Bálor was fortified by the power of belief: belief that he could reclaim the championship he never truly lost, belief that he could silence his critics and the belief that he could conquer The Conqueror. Indeed, there were moments throughout this match that Bálor Club members at Chase Field and around the globe truly believed that Bálor could unseat the nigh-unbeatable Lesnar.

Bálor mercilessly pummeled Lesnar with a flurry of strikes at the beginning of the match. He drove Lesnar’s midsection into the corner of an announce table, and then he did it again, momentarily taking the behemoth’s core strength out of the equation. He soared over the top rope onto the champion with a trio of gravity-defying dives. And to top it all off, The Extraordinary Man executed a picture-perfect Coup de Grâce on the supine Universal Champion in a moment that would have felled virtually any other opponent. Bálor believed in this fairy tale ending, and so did we.

But beliefs have little meaning on the pockmarked streets of Suplex City. Immediately after Bálor executed his finishing maneuver, Lesnar trapped the challenger in the Kimura Lock, forcing Bálor to tap out. Furious that The Extraordinary Man got as close as he did to ending his reign, Lesnar erupted after the bell, punishing Bálor with three German suplexes before putting a painful exclamation on the brutality with an F-5.

David gave it his all, but Goliath won this round.

We’re HustleTweeting about WWE Royal Rumble, and you’re welcome to join the conversation on the Hustle Twitter HERE and also on our hyper-interactive Facebook page HERE!