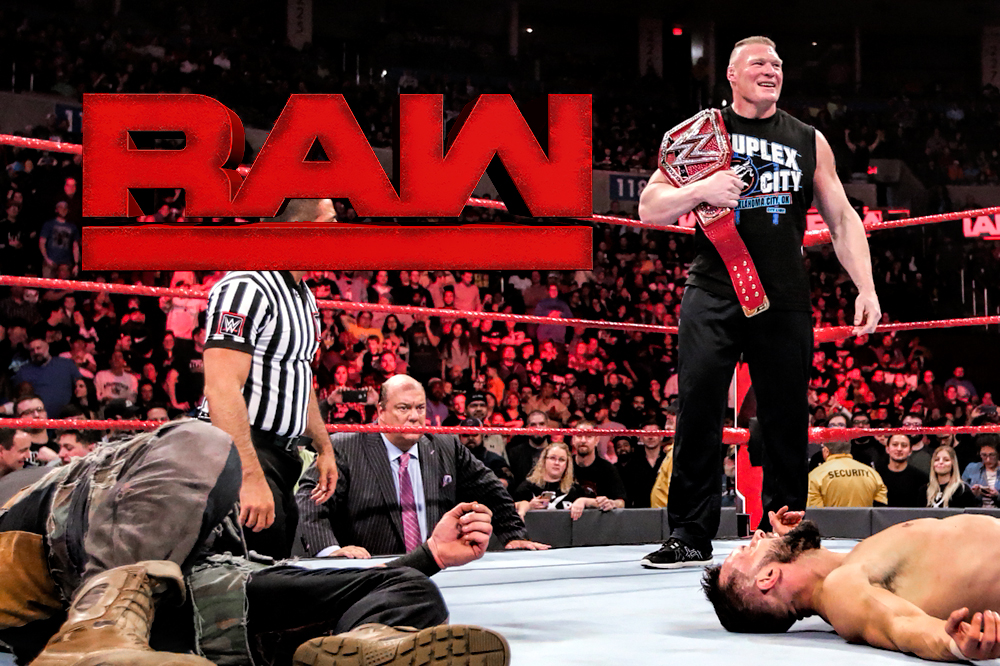 This Sunday, Brock Lesnar will defend the WWE Universal Title at the Royal Rumble pay per view event in Phoenix, Arizona. The challenger? The very first Universal Champion, Finn Balor. On RAW, the first physical interaction between the two took place.

For a moment, let’s say that Finn Bálor can defeat Brock Lesnar. How would he do it? The Irishman’s bout with Braun Strowman — something of a show-me match orchestrated by a skeptical Mr. McMahon — gave some clues. As the commentary team suggested, stick and move is the obvious answer, and indeed that strategy paid dividends, as the first-ever Universal Champion whittled his monstrous opponent down to his knees, much to the begrudging admiration of Lesnar at ringside.

He even got to employ that quickness against Lesnar after Strowman tossed Finn into the waiting arms of a suplex-happy Conqueror and instigated a three-way scramble that ended with Bálor blasting Lesnar with a running dropkick into the barricade. Finn rode his hot hand to the cusp of a Coup de Grâce against Strowman, only for Lesnar to roar back with an F-5 to the Irishman, ending the match in a disqualification victory for his challenger. The move had the outward appearance of an overreaction by a Beast looking to mark his territory. But maybe, however narrow, a path to victory exists.