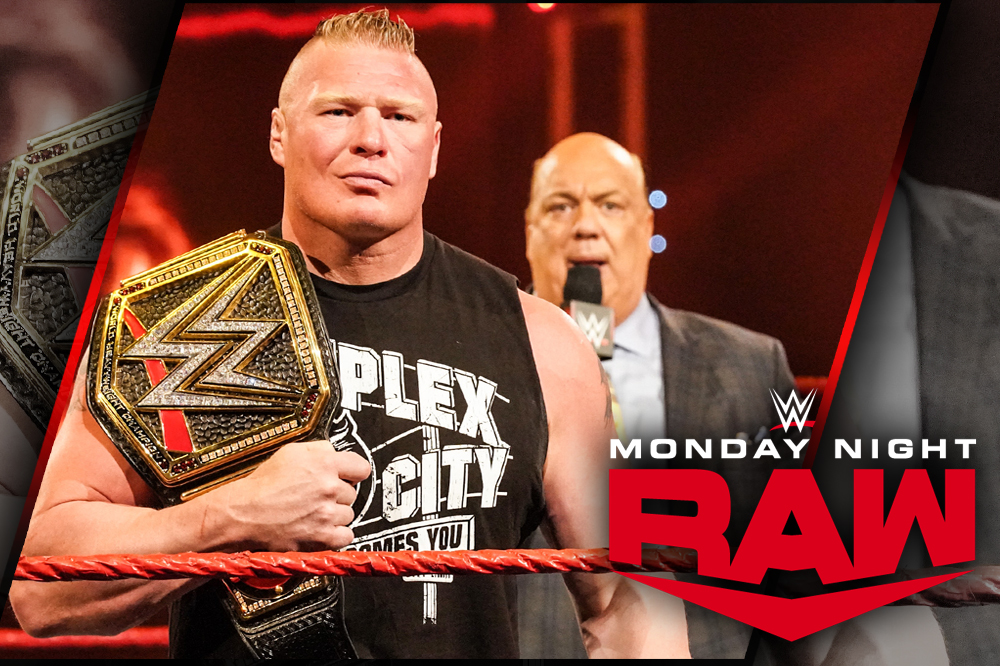 According to Paul Heyman, this year’s WWE WrestleMania will be highlighted by Drew McIntyre walking in special, but walking out Brock Lesnar‘s bitch. That’s how the show ended. On that note. The Only WrestleMania Too Big For Just One Night will be main evented by the WWE Championship Match between Lesnar and McIntyre. According to WWE.com:

Never one to egregiously pull back the curtain, Paul Heyman ended this Road to WrestleMania by letting the WWE Universe in on a trade secret: During the final moments of the last Raw before WrestleMania, Brock Lesnar is always the guy in the ring, because he’s always the guy to beat. And as far as he’s concerned, that’s unlikely to change when we’re back here a year from now.

None of which is any disrespect to Drew McIntyre, whom Heyman claimed was a truly special challenger … just like Rock, Hogan, Randy Couture and all the other icons Lesnar plowed through across two sports. As for the Scotsman’s Beast-dropping Claymore, Heyman offered two scenarios: Either Lesnar avoids it, or eats one and we find out how good McIntyre is. For his part, Heyman knows where he lands on that last point: Drew McIntyre is going to walk in special, and walk out like everybody else. He went so far as to guarantee it. Only a few days until we find out how good those guarantees are.