Brock Lesnar and Paul Heyman on WWE Monday Night RAW: "We Told You So!" 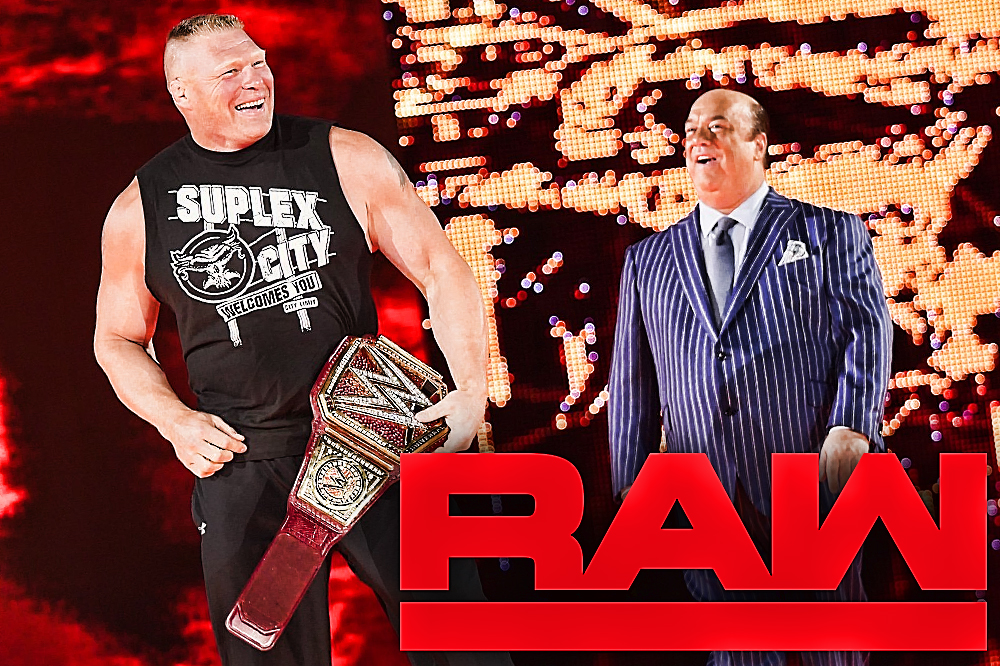 WWE Universal Heavyweight Champion Brock Lesnar and his Advocate, our boss Paul Heyman opened Monday Night RAW from the Nassau Coliseum in Uniondale, Long Island, boasting and bragging “we told you so!”

The short version: “We told you so.” But Paul Heyman is never one for brevity, and so his and Brock Lesnar’s return to the champions’ circle was one long, insidious victory lap, with The Advocate gleefully recounting the weeks in which he told the WWE Universe and Seth Rollins that Lesnar would cash in the Money in the Bank contract, emphasizing the fact that that any failure to take him seriously was more their fault than his.

As far as SummerSlam is concerned, Heyman, in his self-proclaimed genius, turned his attention to the Cross-Branded All-Star Top 10 Battle Royal, where Seth Rollins, Randy Orton, Cesaro, Braun Strowman, Rey Mysterio, Baron Corbin, Sami Zayn, Bobby Lashley and Roman Reigns will all vie for the chance to challenge The Beast at SummerSlam. With a talent pool like that, we can all agree that no matter who wins, The Biggest Event of the Summer will feature a marquee main event. But as far as Heyman’s concerned, none of these prospective opponents stands a chance against The Conqueror. And if it turns out he’s right, we can’t say we weren’t told that, either.

We’re HustleTweeting about WWE Extreme Rules, and you’re welcome to join the conversation on the Hustle Twitter HERE and also on our hyper-interactive Facebook page HERE!