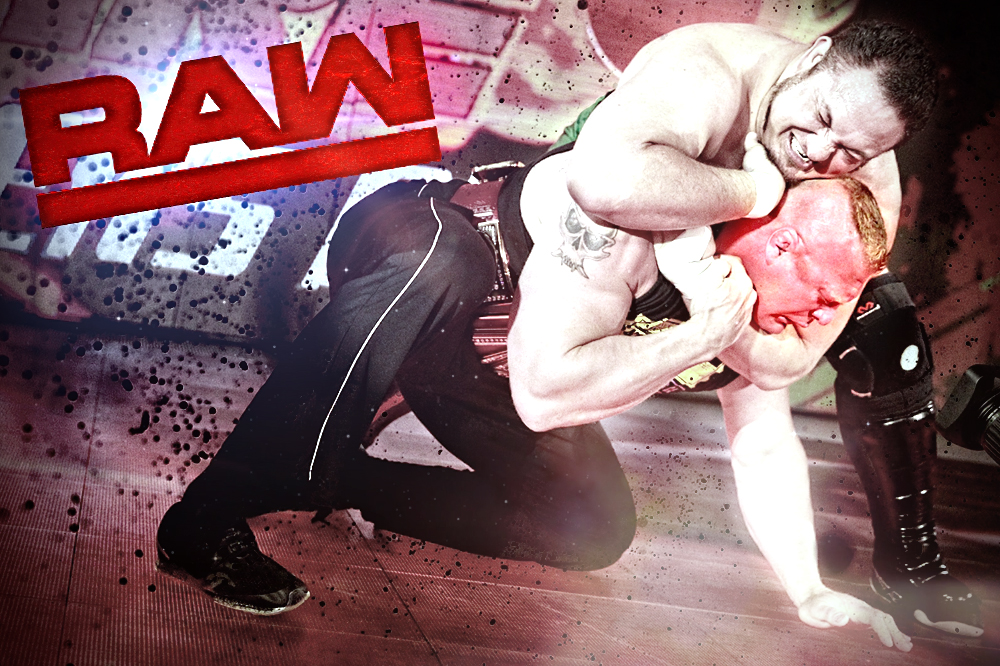 Samoa Joe jumped Brock Lesnar from behind at the Staples Center in Los Angeles, locking The Beast in the Coquina Clutch for all the world to see on WWE Monday Night RAW … it was exactly what The Advocate (our boss) Paul Heyman feared most.

Paul Heyman claimed a couple weeks back that Samoa Joe wasn’t “man enough” to lock in his dreaded Coquina Clutch on Brock Lesnar in their Universal Title Match, but he might be changing his tune after what happened on Raw: The Beast and his advocate arrived to call out the No.1 contender, and Joe responded by attacking Brock from behind on the ramp and trapping The Conqueror in his near-ironclad hold.

Brock tried, unsuccessfully, to escape, and while referees and a small cadre of Superstars separated the two before Joe could put the Universal Champion to sleep, The Samoan Submission Machine did his damage: What goes down on July 9 at the first-ever WWE Great Balls of Fire pay-per-view is still anyone’s guess, but it’s fair to say that Joe’s “victimization” is much less of a foregone conclusion than Heyman would like everyone to believe.