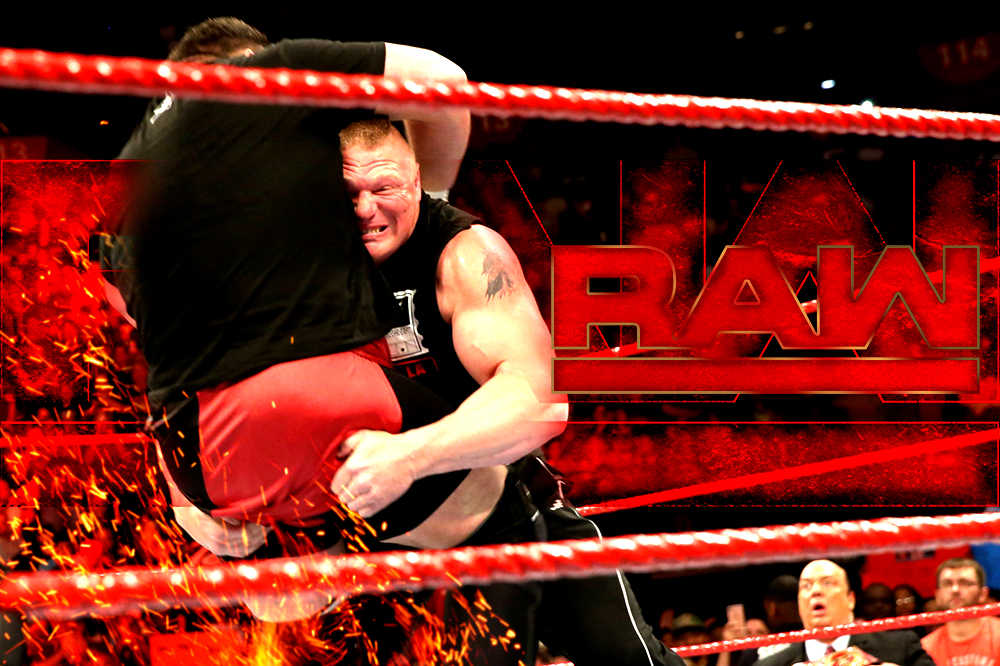 Our boss Paul Heyman called it “Samoa Joe’s Day of Reckoning” and it ended up being a collision that few will ever forget. WWE Monday Night RAW opened with Brock Lesnar‘s first live appearance since the day after WrestleMania and it was nothing short of epic!

Paul Heyman promised The Beast would be unleashed on this week’s Raw, and The Advocate’s premonition indeed came true, though Samoa Joe proved ready for it.

What was initially set to be Universal Champion Brock Lesnar’s triumphant response to his No. 1 contender’s “message” on last week’s Raw quickly turned into an all-out brawl between champion and challenger. Joe crashed The Conqueror’s first appearance since the Raw after WrestleMania, proving he was as unafraid of Lesnar as he previously professed.

Heyman said that while Joe’s Coquina Clutch could be the difference-maker at the Great Balls of Fire pay-per-view, he didn’t think Joe was “man enough” to lock in the hold, and that claim brought the No. 1 contender to the ring for a face-to-face.

The tense staredown between champion and challenger turned physical in a hurry after Joe headbutted Lesnar to the ground. The brawl grew so intense that Raw General Manager Kurt Angle dispatched a platoon of security guards to restrain the two bruisers, to no avail. Angle’s backup plan was to send nearly the entire Raw locker room to the ring, and the plethora of Superstars finally managed to separate the behemoths — but just barely.