Paul Heyman Ushers in the Era of the Beast, Braun Strowman Objects 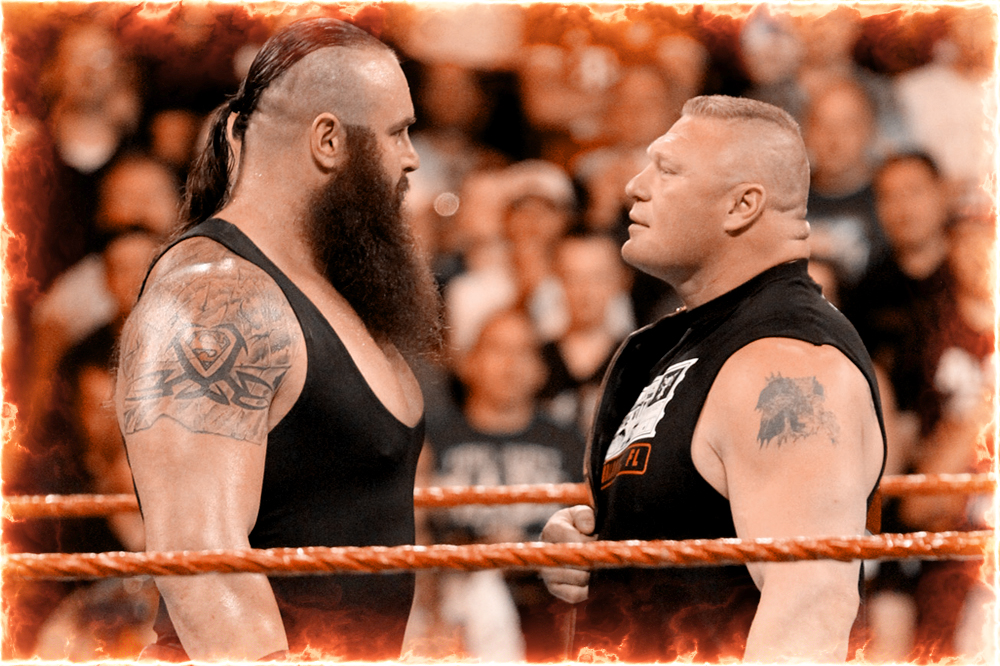 Our boss Paul Heyman finally got the chance to introduce his client Brock Lesnar as the reigning, defending, undisputed Universal Champion of WWE on the Monday Night RAW that follows WrestleMania, and then it got even more interesting! According to WWE.com:

Goldberg is gone, long live Goldberg. In his place has risen BRRRRROCK LESNAR, new Universal Champion and once again the reigning, defending, undisputed king of the WWE mountaintop.

And Paul Heyman had plenty of words for any Superstar who would dare to challenge The Conqueror, be it Seth Rollins, either or both of the Hardys, and, in particular, Roman Reigns, the other half of “The Two in 23-2” and Heyman’s pick for Lesnar’s challenger of destiny.

In fact, Heyman seemed to be about two seconds away from issuing an outright challenge to Reigns, but Braun Strowman had other ideas.

The Monster Among Men was noticeably absent from Heyman’s list, but he made sure Lesnar knew his name quickly enough, interrupting The Advocate and staring down The Beast Incarnate to deliver a message: Once he was finished with Reigns, he was coming for Brock.

We’re HustleTweeting about The Monday Night RAW after WrestleMania, and you’re more than welcome to join the conversation on the Hustle Twitter HERE and also on our hyper-interactive Facebook page HERE!