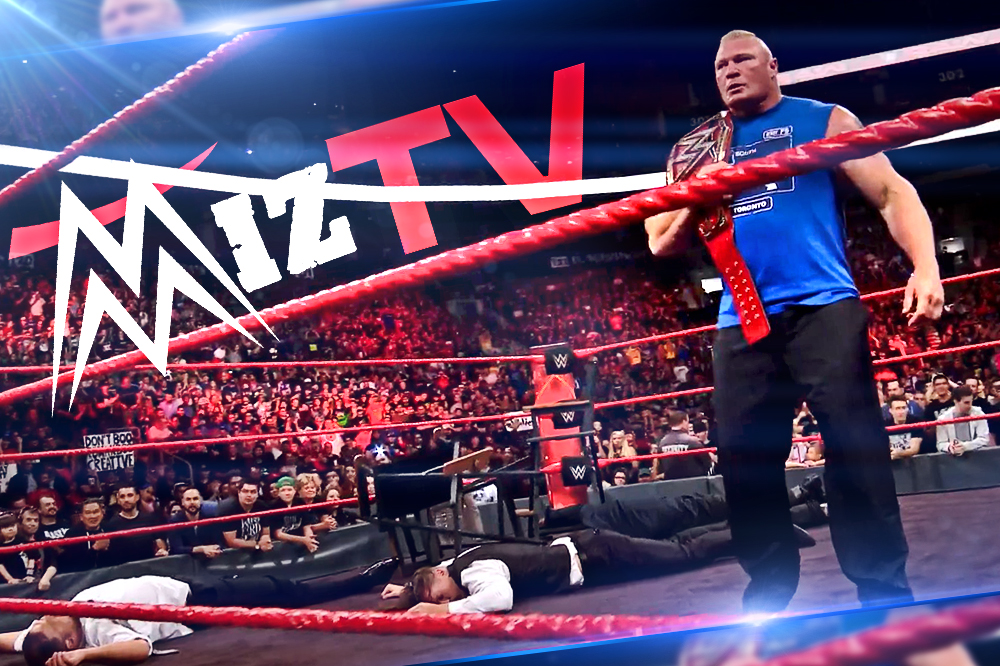 Brock Lesnar and his Advocate (our boss) Paul Heyman were surprise guests on MizTV … and things did not go well for The Miz and his Miztourage. According to a report on WWE.com:

The Miz was not happy that Jason Jordan showed him up on “Miz TV” last week, and he opened Raw by attempting to hold the show hostage until Raw General Manager Kurt Angle sent his son out for another sit-down. And while Angle did sanction Jordan vs. Miztourage member Curtis Axel for later in the night, he had another guest in mind for Miz: Brock Lesnar.

Hiding behind The Miztourage, the Intercontinental Champion didn’t even let Paul Heyman deliver his famous introduction before he tried to call The Advocate’s bluff on his proclamation last week that Lesnar would leave WWE if he loses the Universal Title at SummerSlam. This was a mistake.

Once Heyman got the mic back, he invited Lesnar to gave the audience a “preview of SummerSlam” by treating The Miz and The Miztourage the same way he plans to treat his challengers: With a bevvy of suplexes, a trio of F-5s and a triumphant walk through the ruins.

We’re HustleTweeting about WWE Monday Night RAW and WWE SummerSlam, and you’re more than welcome to join the conversation on the Hustle Twitter HERE and also on our hyper-interactive Facebook page HERE!