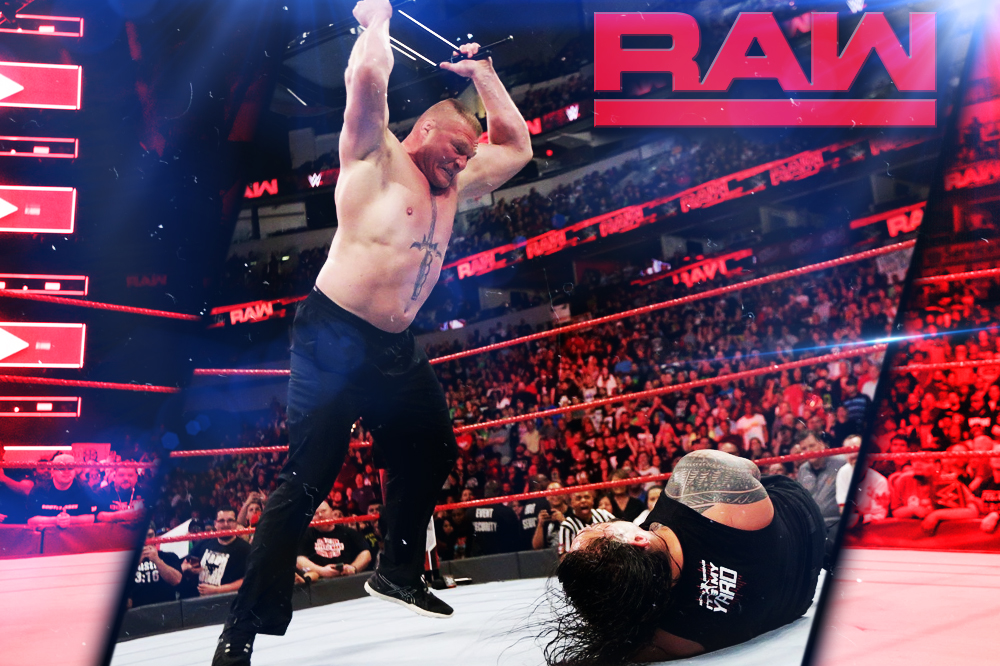 Roman Reigns wanted WWE Universal Champion Brock Lesnar to appear on RAW in the buildup to their match for the title in the main event of WrestleMania. In Dallas, Texas, however, Reigns learned what happens when The Beast gets to dictate the terms. According to WWE.com:

The good news for Roman Reigns is that he got his wish: Brock Lesnar showed up to Raw, just as Mr. McMahon promised. The bad news is that The Big Dog was handcuffed when the Universal Champion made his presence known and was therefore utterly helpless to stop the beating and victimization that followed.

How champion and challenger got to that hellacious ending point is a bit more complicated, as neither Reigns nor Lesnar were present when Raw General Manager Kurt Angle opened the show — Reigns due to his ongoing suspension, Lesnar because he was reportedly running late. The Big Dog, however, had taken it upon himself to show up to the arena anyway, making his entrance through the WWE Universe and refusing to leave until Lesnar got to the building, leading a trio of U.S. Marshals to come to the ring and handcuff him.

Reigns took issue with the Marshals’ rough handling, however, and singlehandedly fought the three of them off. He had less luck with Lesnar, who appeared and made a beeline for the handcuffed Reigns, administering countless German Suplexes, steel chair strikes and, finally, an F-5 before making his exit right as medical officials brought a stretcher to take the incapacitated challenger to a local medical facility, where he would be held under observation with no timetable for his release. (Lesnar later returned to tip it over.)

Reigns has said for weeks that he wasn’t sure where Lesnar’s focus was as WrestleMania approaches. Safe to say he got his answer.