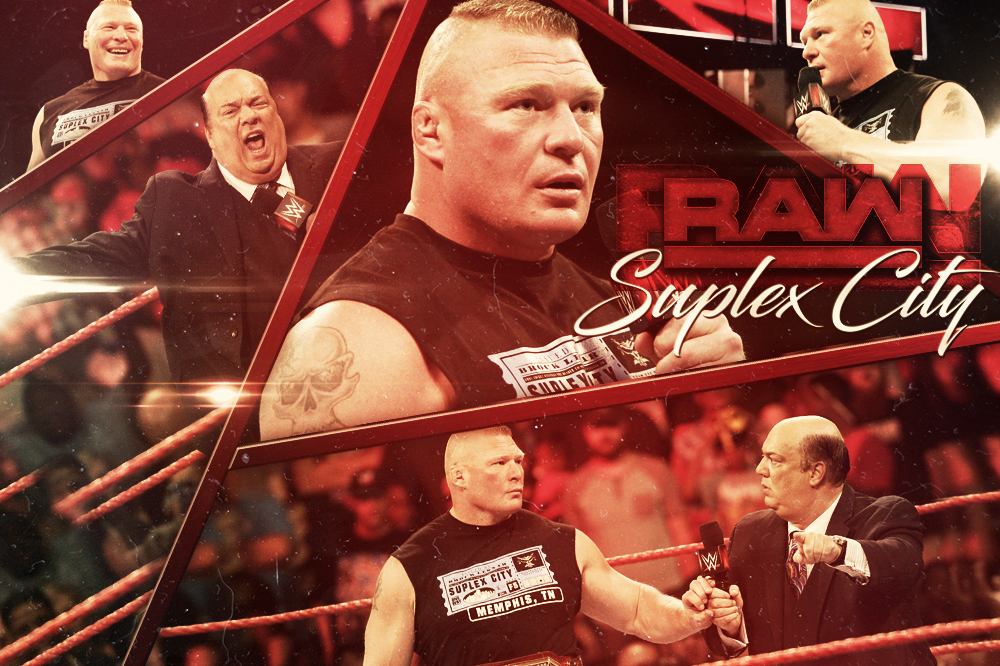 WWE’s Universal Champion Brock Lesnar came to Memphis, Tennessee with his Advocate (our boss) Paul Heyman, and while Paul had plenty to say (as always), this was one of the rare moments in time where Brock Lesnar had something to say as well. According to WWE.com:

Last week, Braun Strowman was named as Brock Lesnar’s challenger for the Universal Title at WWE No Mercy. And lest you think that The Beast Incarnate forgot about Strowman putting him through two tables at SummerSlam (and brutalizing him once again the night after SummerSlam), rest assured that he did not.

Lesnar, making a surprise appearance with Paul Heyman, even went so far as to snatch the mic from his advocate’s hands after Heyman’s latest sermon, sending a distinct, if brief, message to his challenger: “Suplex City, b****.” Brock Lesnar may be a man of few words, but he certainly makes them count.