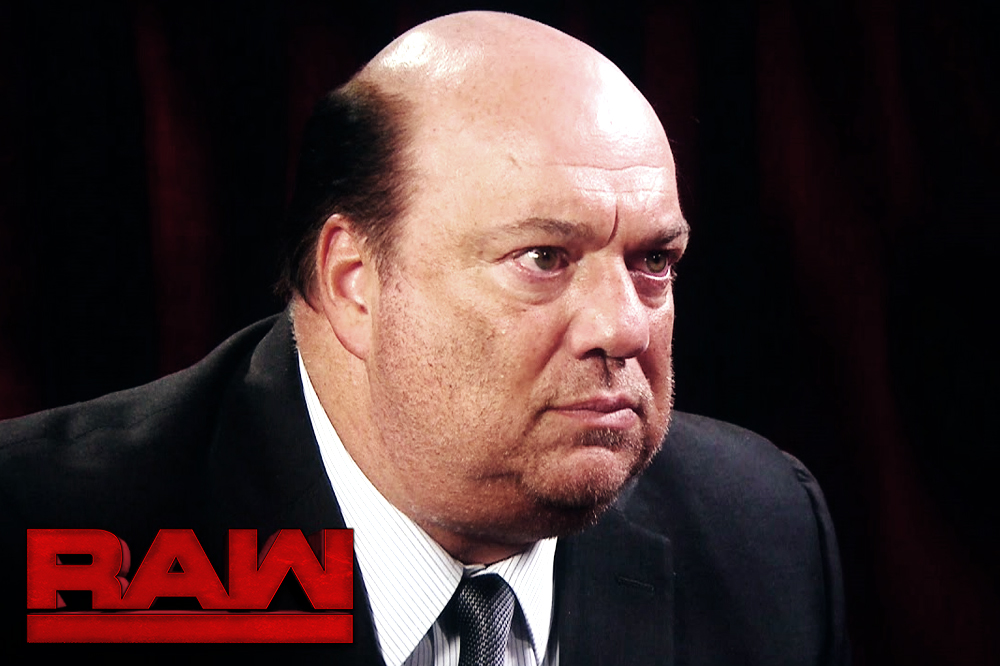 Eyes filled with tears, voice quivering at times, an unshaven and unkempt Paul Heyman agreed to a sit down interview with Michael Cole on WWE Monday Night RAW. It was a shocking departure from our boss’ usual appearance on the show, as  WWE.com documented in their report:

For those of you wondering how long Brock Lesnar was going to sit idle after being embarrassed by Goldberg at Survivor Series, the answer was, “eight days.” Eight days after being Jackhammered into an 0-2 hole against the former World Heavyweight Champion, The Beast Incarnate’s next move has been declared. In an emotional interview with Michael Cole, a disheveled Paul Heyman admitted to taking Goldberg lightly in the lead-up to Survivor Series. He also promised the “humiliation” and “embarrassment” of his fearsome client would be avenged when Lesnar — who now has “something to prove” — enters the 2017 Royal Rumble Match. A match which, you’ll remember, has only one other confirmed competitor thus far: Goldberg.

We’re HustleTweeting about WWE Monday Night RAW, and you’re more than welcome to join the conversation by following the Hustle on Twitter HERE or by hitting LIKE on our hyper-interactive Facebook page HERE!